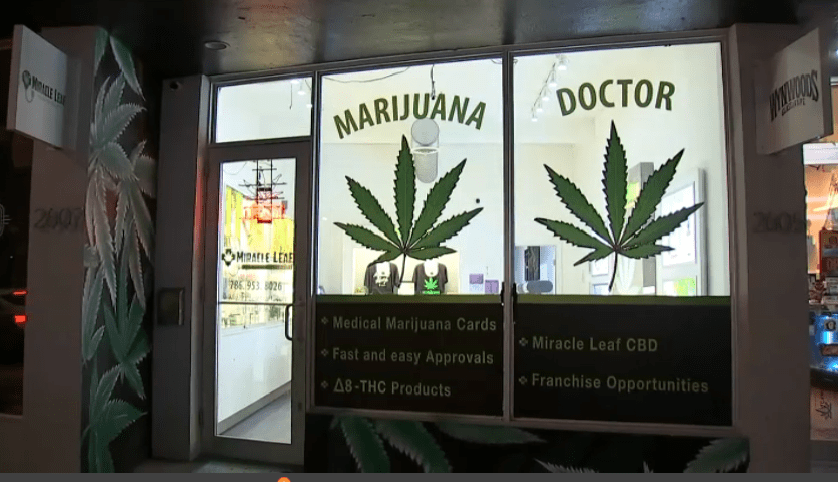 The House on Friday approved a bill to decriminalize and tax marijuana at the federal level.

Two in three Americans agree with the move, according to a Gallup poll, including some NBC 6 found in Wynwood.

“I’m actually in favor,” said Shiloh Sawyers. “I know a lot of people who have been criminalized for the use of marijuana.”

The prospect of cannabis becoming recreational on the federal level could expand business at Miracle Leaf on North Miami Avenue, where Friday’s vote was widely praised.

“We believe that it should’ve been decriminalized a long time ago,” said Travis Wright, Miracle Leaf’s director of operations. “You’re talking about something that’s helping millions of people around the country.”

According to the ACLU, Black Americans are almost four times more likely to be arrested for marijuana-related offenses. Decriminalizing it would expunge convictions at the federal level. Right now, 40,000 Americans are still in prison on marijuana offenses.

Still, Senate Majority Leader Mitch McConnell says the House bill won’t get a vote in the Senate, and some locals agree with that.

“I think that’s a bad decision because people need to have at least some sort of regulations to get medical marijuana,” said Michelle Obourke, the office manager at Miracle Leaf in Hallandale Beach. “I see a lot of people abuse it.”

In a historic move, the House of Representatives voted in favor of decriminalizing marijuana. This clears the way to erase non-violent federal marijuana convictions, but it needs approval from the Senate. NBC 6’s Ari Odzer reports