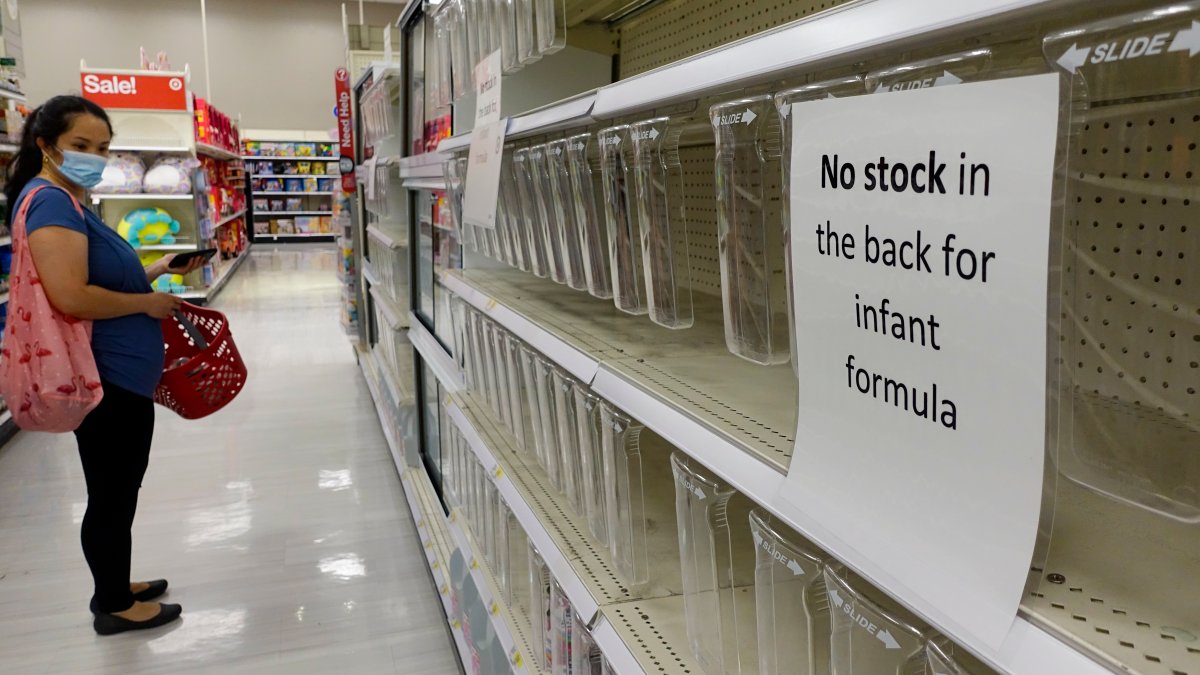 Parents across the nation are in crisis as they face cleaned out store shelves and empty cabinets in search of baby formula.

It’s a problem that can be traced back as far as the start of the COVID-19 pandemic, which caused disruptions in labor, transportation and raw materials. These complications affected all industries — baby formula being no exception.

Amid global COVID-19 lockdowns, some parents began stockpiling powdered formula, which only worsened the issue.

According to South Florida pediatrician Dr. Mona Amin, there are 5 major manufacturing plants in the United States that create baby formula.

“It’s strict for a reason,” said Dr. Amin. “Baby formula is the most regulated food in the United States.”

Abbott also shut down its factory in Sturgis, Michigan due to the reports.

Being one of the few companies that produce the vast majority of the U.S. formula supply, the Abbott Nutrition recall wiped out a large segment of the market.

“Unfortunately, there were no checks and balances to make sure the other plants and the other companies were making up for the loss of that plant and that production line,” says Dr. Amin.

According to Dr. Amin, by some point in May, the U.S. had lost about 40% of its supply of baby formula.

“For a new company to enter the market, it’s a lot of money and a lot of time,” says Dr. Amin.

She says that right now, there are two new formula companies with standards similar to baby formula in Europe that are attempting to break through into the market.

Dr. Amin adds that the issue is especially pervasive due to the large population of formula-feeding families in the United States.

Families feed their babies formula for a variety of reasons, ranging from personal preference to necessity and an inability to breastfeed.

Dr. Amin hopes that the issue opens up conversations surrounding regulation and education.

She suggests that parents seek education and resources on infant nutrition, from formula-feeding to breastfeeding.