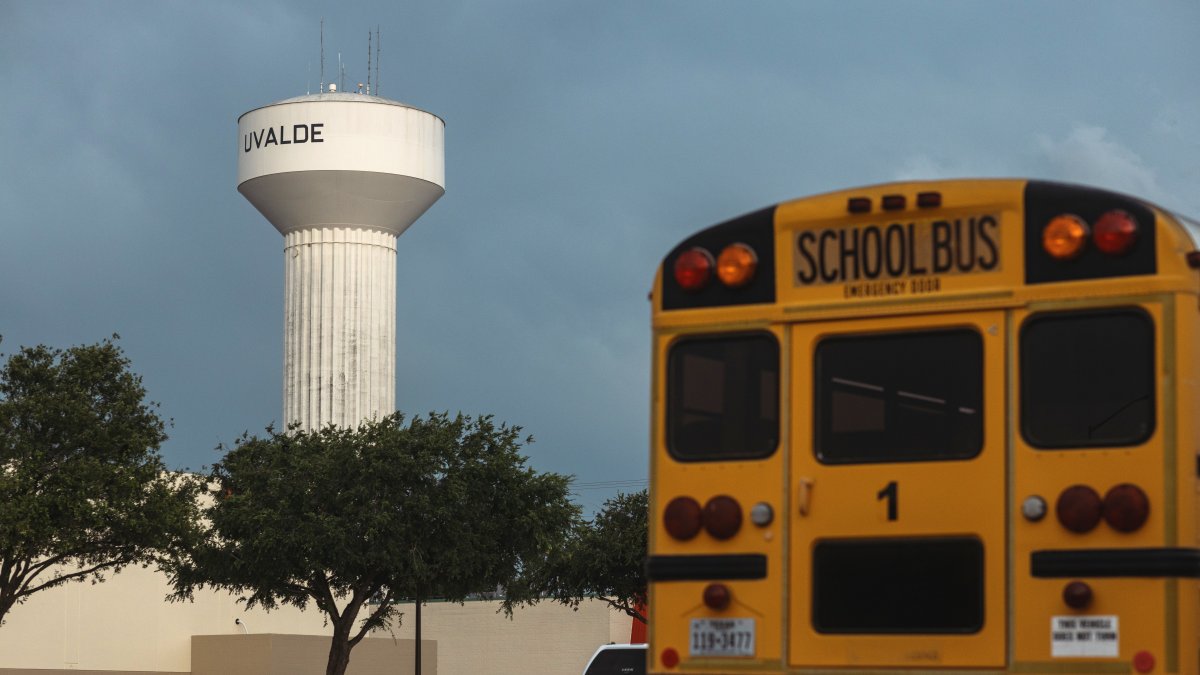 The flags outside Parkland City Hall are at half staff Wednesday are a visual reminder — in case anyone needed one — that school shootings anywhere hit this community like a punch to the gut.

Hixon is a Broward County School Board member. Her husband, Chris Hixon, was the athletic director at MSD High School. He died in the rampage. Debbi Hixon knows the pain of the Uvalde community.

“An 18-year-old legally purchases an assault rifle, walks into a school and shoots down an entire class of 4th graders. How is that even possible?” asked Ivy Schamis, a former teacher at MSD.

She has since moved out of state. Two students, Nick Dworet and Helena Ramsey, died in her classroom while four others were injured. To this day, Schamis and her former students support each other through a group chat whenever another incident happens.

A small community is in mourning after a gunman killed more than 20 people at an elementary school. NBC 6’s Cristian Benavides reports from Uvalde, Texas

“It brings back every single detail of that day, Feb. 14, 2018, in room 1214, and I’m sure it does for everybody who’s been involved in a school shooting. I think the unique thing for me and my students is we were in the classroom witnessing first-hand how horrible these mass shootings are. Two students, Helena and Nick, were murdered in front of all of us,” Schamis said before I asked her if she got any sleep last night.

“Nope, couldn’t sleep last night. Kept thinking of the parents, thinking of those parents waiting to hear the news of their children,” Schamis said.

The founder of the non-partisan group Stand With Parkland, Tony Montalto, lost his daughter, Gina, at MSD. He’s thinking of the Uvalde parents, too, knowing the agony they’re experiencing now.

“I can only tell you from my own experience, just trying to remember to breathe, trying to get through one hour to the next hour, you know, it took months to get out of that stage because it’s such an unimaginable thing that you send your child to school and they were murdered there,” Montalto said.

Like Parkland, Newtown, and Columbine, now Uvalde, Texas, will forever be a name associated with horrific school tragedies.

“Certainly a club no one wants to join and we had hoped no one else would join,” Montalto added.