Alexander Lugones was surprised by the tree that toppled in his yard.

“I never thought it was gonna go because this tree is really old,” Lugones said.

But his old tree did fall and it damaged a fence that divides his property from his neighbor’s.

“I don’t know who it belongs to,” he said. “I need to call my insurance company and I need to call the association. Who’s gonna take care of this? I have no idea.” 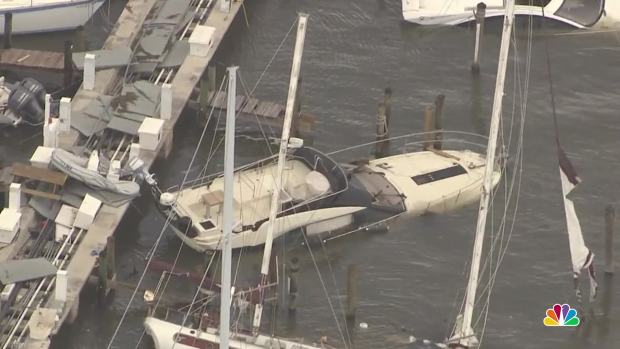 Just a day after Hurricane Irma, he’s more concerned with cleaning up than getting those answers.

But it’s damage a lot of people across South Florida have in the aftermath of the storm.

But Mike Rump, the former president of the Florida Association of Public Insurance Adjusters, said the answer depends on who owns the fence.

“It’s the first thing an adjustor will want to know before approving a claim involving a fence,” Rump said. “Who paid for it? Who pulled the permit?”

If you don’t know for sure, you can ask your neighbor, a homeowner’s association or the city where you live. If it’s not your fence, the claim will likely be denied.

For Herman Rivas, damage wasn’t from the wind but from water.

He’s drying out his home of 15 years after it was flooded in the storm.

“It was kind of surreal,” Rivas said. “Inside the house, it got about a foot high.”

Water from the Tamiami Canal behind his home seeped in through his doors and damaged most of what he owns.

Fortunately for Rivas, he has flood insurance.

Even though Rivas has coverage, he may still qualify for help from FEMA.

“You may be able to get grant money that you wouldn’t have to repay for basic home repairs, temporary rental assistance and other needs not covered by insurance,” said John Mills, FEMA spokesperson.

Homeowners and renters alike should register with FEMA if they have damage to their home. Right now, Miami-Dade County and Monroe County are on the list for federal assistance. Broward County is not yet eligible.

You can register for FEMA assistance at disasterassistance.gov or by calling 800-621-3362.

If you have a high deductible plan, FEMA does not pay for insurance deductibles. But Rump said you typically don’t have to pay it up front. He says most insurance companies will deduct it from the total amount they are paying you.

“I know it just happened but it feels like it happened a week ago,” he said. “I’m exhausted, my back is hurting like crazy, I’m not 20 years old anymore. So we just hope that the insurance can take care of the situation that we have.”