The parents of a 15-month-old Miami girl who was bitten in the face by a dog are speaking out after the toddler’s release from the hospital.

Jaila Lamonte was sedated but sleeping in her own bed Monday afternoon, after being attacked by the neighbor’s dog Saturday. She has cuts and scrapes across the left side of her face and above her lip, and received almost 20 stitches.

Paramedics had rushed her to the hospital after the attack. Her mother said she was feeding her daughter a plate of food when the dog ran up from around the corner and attacked the girl.

Claudia Lamonte said she had to kick the dog repeatedly to get him away from the toddler.

‘I Panicked’: Mom of Miami Toddler Attacked By Dog Speaks 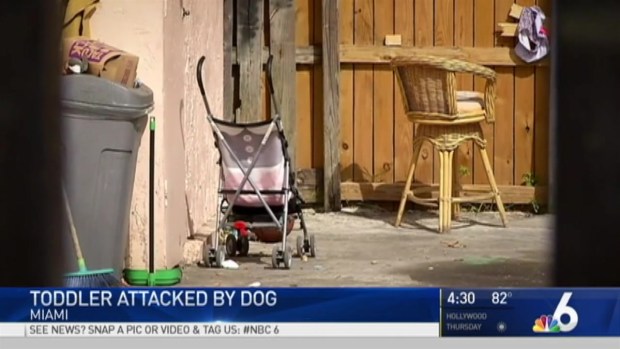 The dog was taken away by Animal Services.