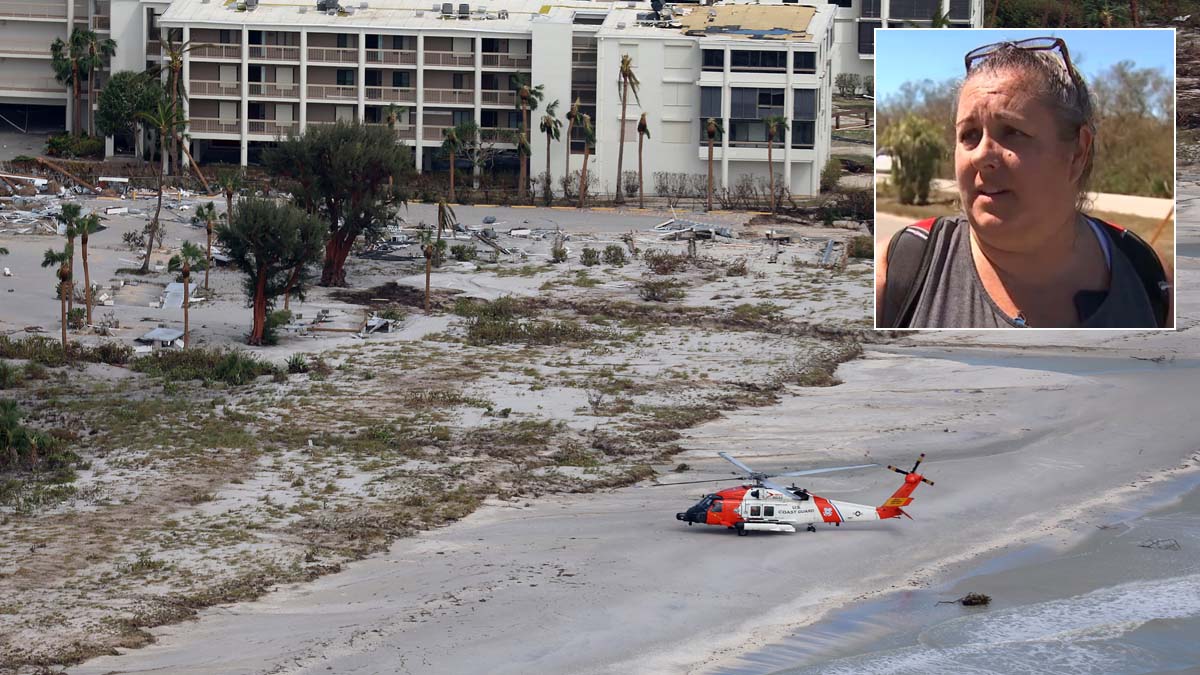 As search and rescue missions continued in the areas hit the hardest by Hurricane Ian in southwest Florida Friday, some of the people who were taken to safety spoke about their terrifying ordeal.

It was unknown how many residents heeded orders to evacuate Sanibel Island, just south of where Ian made landfall Wednesday afternoon with devastating 150 mph winds.

“I made it across the street into a second level where I pounded on a door and was holding on to the side,” said Parker Corneilius. “A guy let me in. He saved me, I guarantee it.”

Some who stayed behind had to be rescued after a chunk of the Sanibel Causeway fell into the sea, cutting off access to the barrier island where 6,300 people normally live.

“We kind of got stuck there and had to ride it out. That was pretty nasty,” said John Herman, after he was rescued from Sanibel and brought to dry land Friday.

“Terrifying. We were trying to save ourselves with pool noodles, if we had to, to get to the roof,” said Michele Herman. “I would never stay again but with six dogs it was complicated, where to go, so, yeah.”

Drone footage taken before and after Hurricane Ian slammed into Punta Gorda, Florida, on Wednesday reveals the devastating levels of flooding and destruction left by the storm.

Video from the U.S. Coast Guard showed helicopters flying into Sanibel and other areas to search for survivors who may need help.

“They threw me in the back, threw him in the front and threw the cat alongside me and brought us right over to the marina,” said Elaine Coleman. “I still got the shakes.”

Many who were rescued said Sanibel looks like a war zone. Florida Gov. Ron DeSantis said Sanibel was hit with a “really biblical storm surge.”

The governor said in addition to choppers, crews would be using barges to access the island.

As Hurricane Ian is expected to make landfall in South Carolina Friday, Floridians are left recovering from the devastation of the storm.

“That’s going to require a major, major overhaul and potentially a complete rebuild. They’re going to look at it and see,” DeSantis said. “That’s the only way on Sanibel and Captiva Island, so the operations to help people there have been mostly by air.”

Those who were rescued said Coast Guard and National Guard crews were being assisted by regular people with boats who just want to help.

“We get helped every time we get hit and it’s the right thing to do,” said Steve Hammon, who came up from the Florida Keys to volunteer in the search efforts.