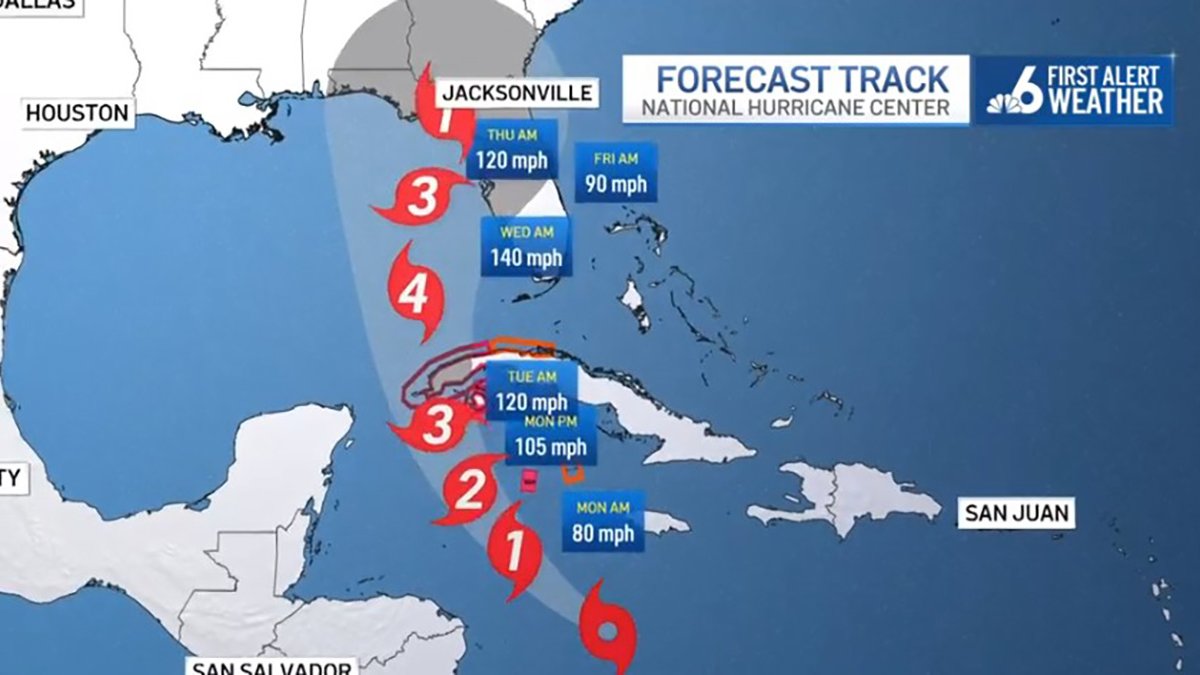 While all of South Florida is currently out of the cone of concern for Tropical Storm Ian, there is growing thought that it could become as strong as a Category 4 hurricane before making impact on the northern part of the state in the coming days.

The latest advisory from the National Hurricane Center showed Ian with winds of 50 miles per hour as it moves west-northwest at 12 mph. Ian currently is located 345 miles south-southeast of Grand Cayman and 625 miles southeast of the western tip of Cuba.

A tropical storm watch is in effect for Little Cayman and Cayman Brac and the Cuban provinces of La Habana, Mayabeque and Matanzas.

Early next week, the storm is expected to pass west of the Cayman Islands and graze the western tip of Cuba. Ian is then expected to move on a path to the Florida peninsula, according to the latest advisory.

Despite being out of the cone of concern officials are encouraging South Florida residents to stay vigilant.

Ian’s center is forecast to pass southwest of Jamaica on Sunday and pass near or over the Cayman Islands Sunday night and early Monday. Ian will then approach western Cuba on Monday.

There is increasing confidence that life-threatening storm surge and hurricane-force winds over portions of western Cuba could occur beginning late Monday.

Gov. Ron DeSantis on Saturday declared a state of emergency for Florida as Tropical Storm Ian gathers strength over the Caribbean and is expected to bring heavy rains and intense hurricane winds to the state next week

Limited flash flooding and urban flooding is possible with rainfall across the Florida Keys and the Florida peninsula through mid next week, NHC forecasters said.

Florida Gov. Ron DeSantis expanded the declaration of a state of emergency Saturday to include the entire state. President Joe Biden approved an emergency declaration for the state of Florida Saturday due to Tropical Storm Ian, the White House said in a statement.