The father of one of the 17 victims of the tragic Parkland school shooting last year became an honorary school guardian in a Central Florida county this week.

Ryan Petty, whose 14-year-old daughter Alaina was one of the 17 people killed in the February 14, 2018 shooting inside Marjory Stoneman Douglas High School, took the oath for the program in Polk County after passing training courses over several weeks.

“The best way I can honor Alaina is to make sure this doesn’t happen to anyone else,” Petty told NBC affiliate WFLA-TV during the Thursday event. 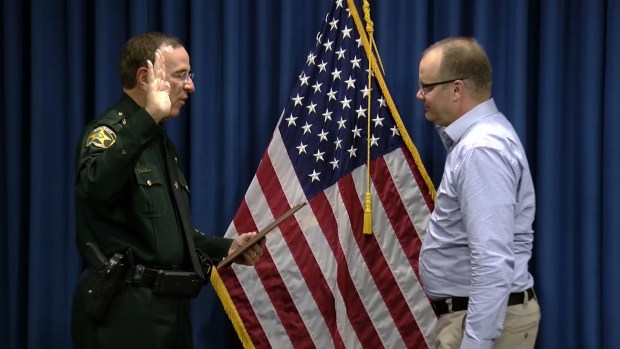 A South Florida family is calling for justice and a full investigation into the circumstances they say led to a young mother’s death following a multi-car crash last year in southwest Miami-Dade.

Annie Becerra, 23, was a passenger in her boyfriend’s car on Nov. 30, 2018 when he ran through a red light and crashed into another vehicle in Kendall. Police say Freddy Mieryteran left the scene and left Becerra inside the car. When he eventually returned, he did not tell responding officers that Becerra was still inside and allegedly told them he had already dropped his girlfriend off at home.

But Becerra was wedged inside the car “with her brain swelling” for over an hour, attorneys allege.

Officials: Dead Florida Dolphin Was Speared in the Head

Authorities say they are investigating the death of a dolphin that was speared in the head in Florida.

The National Oceanic and Atmospheric Administration said in a news release Thursday that a bottlenose dolphin was found dead along Upper Captiva Island in Lee County in May.

A necropsy revealed that the dolphin was impaled with a spear-like object while alive. The top of its skull had evidence of hemorrhaging.

An attorney for the family of an 18-month-old girl who fell to her death from a cruise ship in Puerto Rico says a hearse and police escort will meet them at a Chicago airport and take them home to Indiana.

Attorney Michael Winkleman says Chloe Wiegand’s family flew Thursday morning from the U.S. island territory to Fort Lauderdale, Florida, and boarded a flight to Chicago with the toddler’s body. He didn’t say which relatives are flying back. 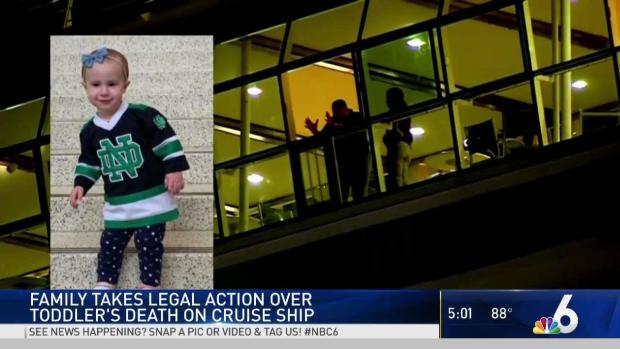