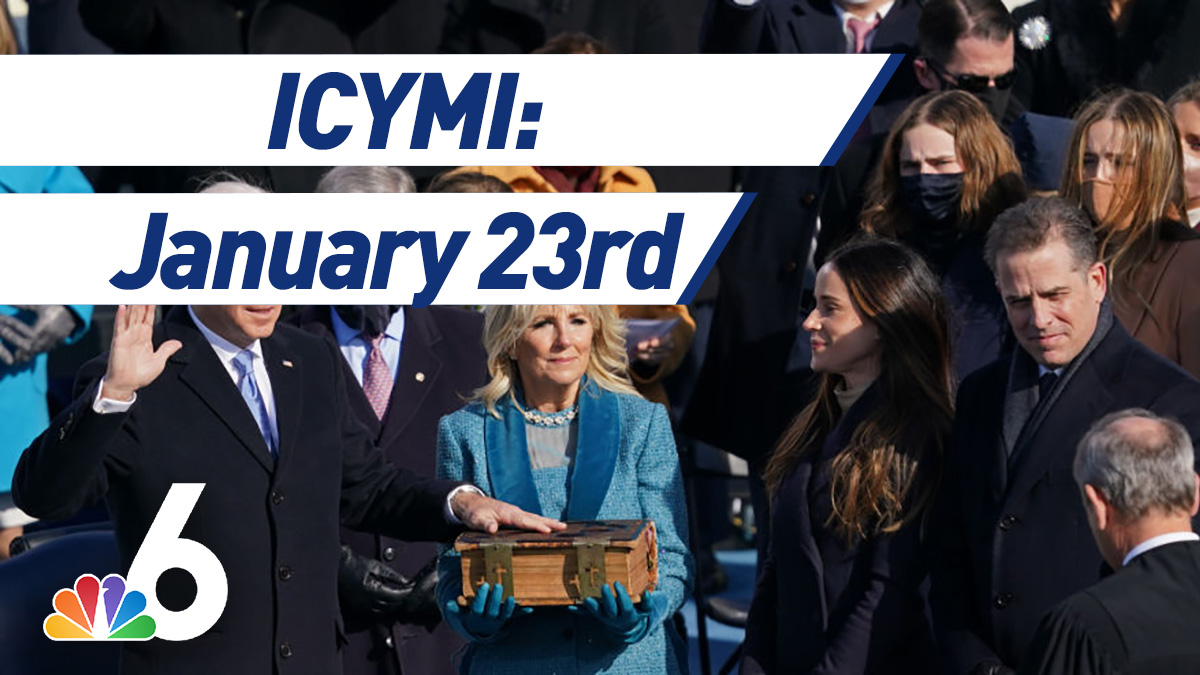 A South Florida man who discussed being investigated by the FBI on social media is now the third local man to face charges in this month’s breach of the U.S. Capitol.

According to the complaint, a former classmate and social media friend tipped off the FBI that Camargo had posted pictures and content on his Instagram and Facebook pages showing him participating in the rally and riot on Jan. 6.

NBC 6’s Julie Leonardi has more on what family members are saying while the search continues for whoever pulled the trigger.

A memorial of balloons, candles and flowers now marks where a six-year-old girl was shot this past weekend as she left a friend’s birthday party in Miami.

Paramedics rushed Chassidy Saunders to Ryder Trauma Center, where she died. Two adults were also injured and are recovering at the hospital.

Miami Police say the shooting happened around 7 p.m. on January 16th, but so far no arrests have been made.

NBC 6’s Carlos Suarez is at John Knox Village, where residents at the Pompano Beach facility got their doses of the COVID vaccine on Tuesday.

Seniors 65 and older and healthcare workers in Broward County have a new phone number for scheduling COVID-19 vaccine appointments through the state.

When people call the appointment number, they will be asked through an automated system to enter information using their telephone keypad. Live agents will call people back to make appointments until all current appointments are filled.

It’s hard to find a better teachable moment than a presidential inauguration — so as you can imagine, classrooms all over South Florida were watching today. NBC 6’s Ari Odzer reports.

For educators who specialize in history and civics, what better lesson plan is there than a presidential inauguration?  As local AP government teacher Jeff Foster told NBC 6, “We are watching history happen.”

Foster works at Marjory Stoneman Douglas High School, where he said his students had felt shaken by the Capitol riot and the protesters’ attempt to subvert the democratic process.

On Wednesday, the high schoolers were grateful to see a smooth transition of power, Foster said.

As a solution to Miami’s notoriously congested traffic, Tesla Inc. founder Elon Musk is proposing to dig tunnels with The Boring Company, one of his many business ventures. NBC 6’s Ari Odzer reports

As a solution to Miami’s notoriously congested traffic, Tesla Inc. founder Elon Musk is proposing to dig tunnels with The Boring Company, one of his many business ventures.

Experts say the idea would be costly and is fraught with engineering obstacles, but it’s not outright crazy.

Musk, who also founded SpaceX and Neuralink, tweeted that he spoke with Gov. Ron DeSantis about the idea earlier this month.