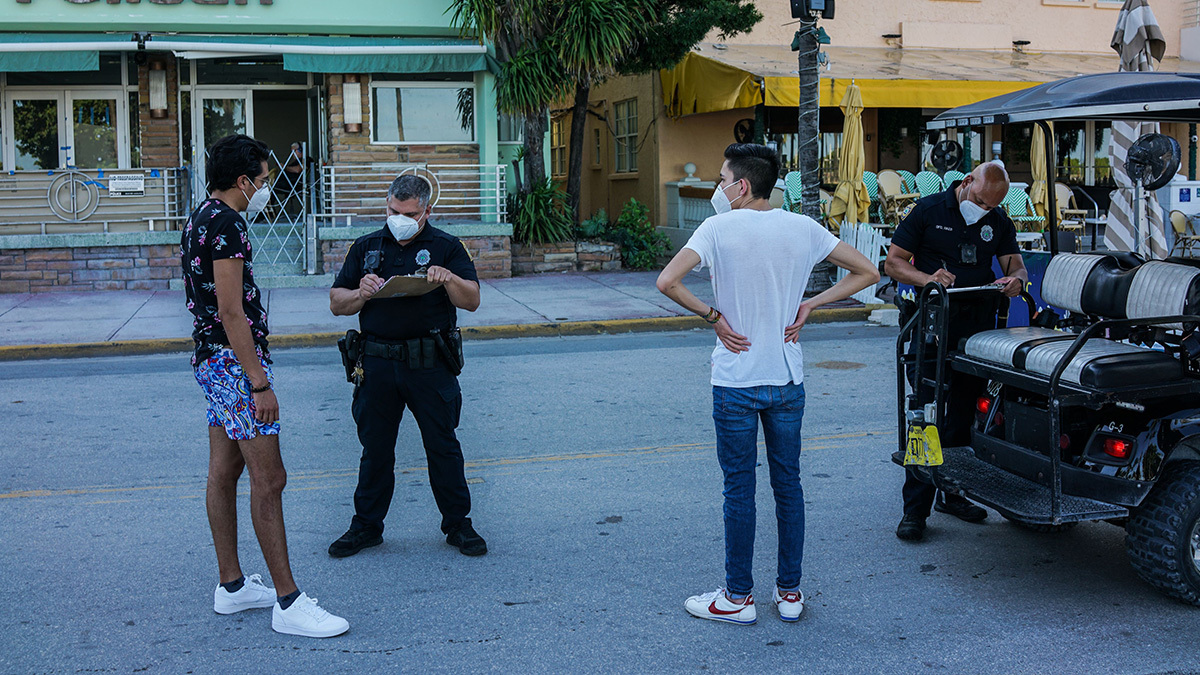 Miami Beach has authorized police officers to hand out citations to people who refuse to wear masks in the city’s commercial districts during the holiday season.

City Manager Jimmy Morales said the enforcement, which begins Wednesday, is in response to the anticipation of a high number of visitors for Thanksgiving weekend.

Officers are authorized to hand out masks to people who are not wearing one. If they refuse to take it, the officer will then issue a citation. Police will focus on the city’s commercials districts, like Lincoln Road, Ocean Drive and Washington Avenue.

Ways to Give Back to Local Causes This Holiday Season

This holiday season is shaping up to be so different from others. One question facing many people around South Florida is what they can still do to give back this year amid the coronavirus pandemic.

We reached out to organizations across the area that have been active in past holiday seasons. Here’s what they told us about whether or not they’re accepting donations and volunteers this year, and other ways you can help.

Meals on Wheels delivered Thanksgiving meals to senior and elderly residents in South Florida on Thursday, giving more than 600 homebound seniors in the area some much needed food for the holiday.

A South Florida family has filed a lawsuit against Publix months after a Miami Beach employee died of COVID-19, alleging that the company failed to take measures to protect its employees at the beginning of the pandemic despite knowing the dangers of the virus.

Gerardo Gutierrez, 70, died in April, weeks after catching the virus from a fellow employee who worked alongside him at the Publix at 1920 West Avenue on Miami Beach. The lawsuit was filed Monday and lists his daughter Ariane as the plaintiff and the representative of his estate.

Residents of South Florida looking for a way to take the family to Walt Disney World may soon have another route that doesn’t involve filling up the car and hopping on Florida’s Turnpike.

The high speed rail announced Monday it has reached an agreement to build a stop at Disney Springs, an entertainment and dining area of the resort.

“Our mission has always been to connect our guests to the people and places that matter, and Walt Disney World Resort is a tremendous example of this,” said Patrick Goddard, president of Brightline.

Arrest Made in 2018 Fatal Shooting of Miami-Dade Librarian

Police say they’ve arrested the person who allegedly shot and killed a longtime librarian in Miami Gardens back in 2018.

According to an arrest report, 19-year-old Shaun Fortune was arrested Monday afternoon and charged with the murder of 47-year-old Jaime Humet.

Police say Humet was fatally shot on Dec. 10, 2018 at a Dade County Federal Union in Miami Gardens. After making a transaction, a man went up to his car and shot him.

Police say they’ve arrested the person who allegedly shot and killed a longtime librarian in Miami Gardens back in 2018.