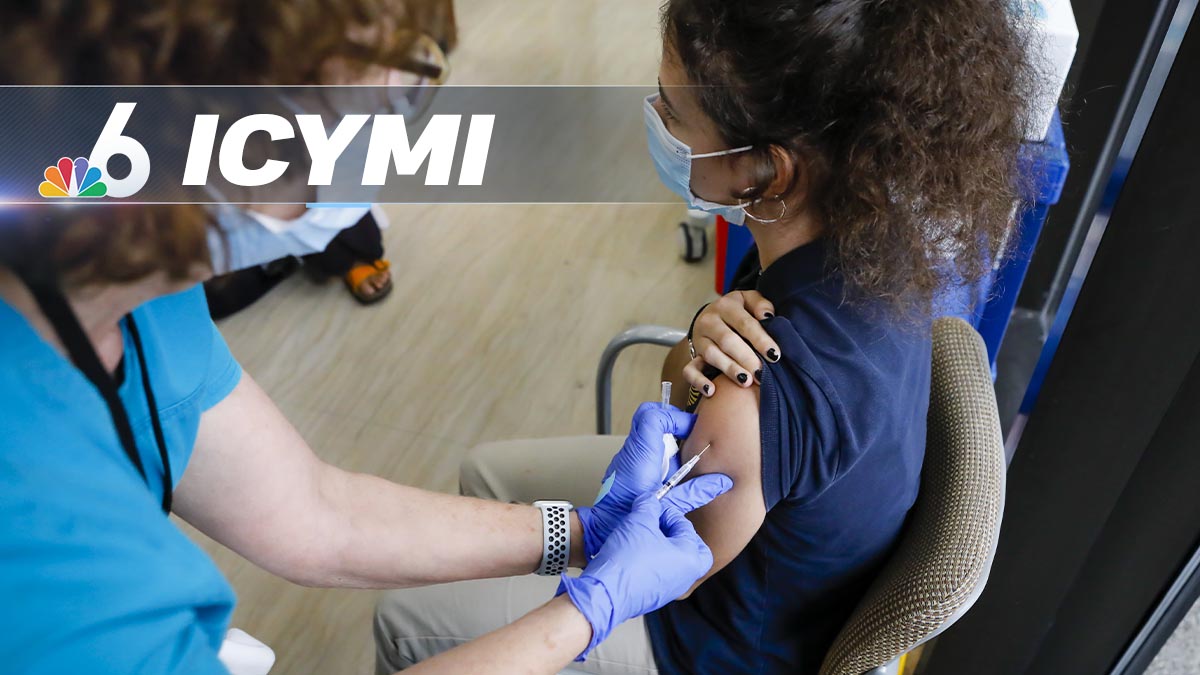 The Pfizer and BioNTech COVID-19 vaccine may soon be available for children ages 5 to 11, pending authorization from the Biden administration.

In a statement, Pfizer said “hundreds of millions” of people ages 12 and older have already received the two-dose shot, helping to arm the community against the spread of the virus. Pfizer added that rising pediatric cases of COVID-19 make the need for vaccinating children even greater.

“Since July, pediatric cases of COVID-19 have risen by about 240 percent in the U.S. – underscoring the public health need for vaccination,” Pfizer said. “These trial results provide a strong foundation for seeking authorization of our vaccine for children 5 to 11 years old.”

With possible authorization of the vaccine on the horizon, parents of school-aged children are wrangling with an important question: “Should I get my child vaccinated?”

Moms With A Mic spoke with Dr. Marcos Mestre, chief medical officer at Nicklaus Children’s Hospital, to answer parents’ questions about the vaccine, side effects, COVID-19 and more.

The federal Department of Justice is launching a program meant to stop threats to school board members. Elected officials overseeing Florida schools tackled some thorny issues this past year. Florida Sen. Rick Scott made a claim about what was going on. NBC 6’s Phil Prazan worked with PolitiFact to put his claim to the test.

Mainly due to mask mandates, once sleepy school board discussions of budgets and facility management have become noisy events that draw hundreds of angry parents. From Washington state to Georgia, strong feelings about COVID-19 policies have driven most of the debate, but in some places, disagreements over schools’ policies on race, history and equality have been just as vehement.

In one instance, demonstrators surrounded a school board member’s car, preventing him from driving away. After one Illinois school board meeting, police arrested an Illinois man for disorderly conduct and aggravated battery.

The National School Boards Association asked the Biden administration for help with threats, and U.S. Attorney General Merrick Garland fired off a Justice Department memo to focus on the issue.

“Joe Biden’s attorney general wants the FBI to go after parents for speaking out at school board meetings to protect kids from radical curriculum like critical race theory,” Scott tweeted Oct. 5. (The discussion of race in schools has drawn charges of indoctrination, often under the umbrella term of critical race theory, a school of thought that focuses on systemic, rather than overt, discrimination.)

We’ll compare Garland’s memo to Scott’s claim that this is an effort “to go after parents for speaking out at school board meetings.” And we’ll explore what the law has to say about the line between free speech and behavior that breaks the law.

More training is on the way for Miami-Dade school teachers when it comes to preventing alleged sexual abuse in light of the recent arrests of teachers accused of inappropriate relationships with students. NBC 6’s Willard Shepard reports

More training is on the way for Miami-Dade County Public School teachers when it comes to preventing sexual abuse following the recent arrest of multiple teachers accused of inappropriate relationships with students.

A memo by Miami-Dade Superintendent Alberto Carvalho that recently went to school board members addressed what the allegations are that have been made against teachers, and says what the district has already done and plans to do to stop any inappropriate conduct.

One of those Miami-Dade teachers arrested last week was Heiry Calvi, who was charged with lewd and lascivious battery, child neglect, and bringing a gun on school grounds. Police say she had been a teacher at John Smith K-8 Center in Doral and had an inappropriate relationship with a 15-year-old former student.

Brittiny Lopez-Murray, who was the drama teacher at Hialeah Middle School, was also arrested last week, after police said she was engaging in sex acts with a child.

Both women are presumed innocent and will have their day in court. The board said it’s moving already to fire Lopez-Murray.

With their property insurance in jeopardy, residents at a Sweetwater Condominium called NBC 6 Responds for help.

Overgrown trees were interfering with a powerline near the El Polo Condominium and threatened to damage property.

Aida Estevez, the Condo Association President, said she got a letter from the condo’s insurance provider concerning the trees.

“We have a letter from the insurance company saying an inspector came to the site and saw the trees…and it was damaging to the property,” Estevez said.

The letter stated the trees were a risk to the property and needed to be trimmed or the condo would lose their insurance.

TimeOut named Brickell as one of the “coolest neighborhoods in the world.” NBC 6’s Cristian Benavides reports

If a new survey by Time Out Magazine is to be believed, Brickell is the place to be, ranking among the coolest neighborhoods in the world — in fact, it’s the only neighborhood in Florida to make the list.

Miami’s financial hub, Brickell, is among 49 neighborhoods picked out by the magazine. It ranks third among the U.S. picks, only bested by Chicago’s Andersonville and New York’s Chelsea neighborhoods.

“Part of the survey is asking 27,000 people about what they thought was the coolest neighborhood where they live, and people in Miami submitted Brickell,” said Virginia Gil, editor of Time Out Miami.

It’s a big upgrade for a place that readers of the magazine found to be “overrated” back in 2019 — but things like The Underline, the new outdoor park under the elevated train in Brickell, have made it a more appealing place to live.

A man who became upset over a little girl riding a scooter on a tennis court at a Miami-Dade condo complex was arrested after police said he locked the girl and her father on the court. NBC 6’s Cristian Benavides reports

A man who became upset over a little girl riding a scooter on a tennis court at a Miami-Dade condo complex was arrested after police said he locked the girl and her father on the court.

According to an arrest report, the alleged victim had told police that he was supervising his 5-year-old daughter as she was riding her scooter in a gated tennis court at the complex in the 8500 block of Southwest 133rd Avenue when he was approached by Olsen.

Olsen told the man that he was the president of one of the condo buildings and told him that riding a scooter wasn’t allowed on the tennis court, the report said.

The man told Olsen that he wasn’t breaking any laws and stayed on the tennis court, and that’s when Olsen put a padlock on the only tennis court exit and locked the man and his daughter inside, the report said.

Get Stories That Matter to You in Your Inbox, Sign Up for NBC 6 South Florida’s Newsletters

So much news, so little time. Stay on top of the latest breaking news and other top headlines of the day with our email newsletters. We have lots of options to keep you informed.

Our digital reporters send a Breaking Newsletter whenever there’s urgent local, state or national news. We send our News Headlines newsletters every day at 7 a.m., noon and 8 p.m., listing top headlines of the day. A quick scan gives you a good sense of what’s happening in the news and you can click through to read the full stories.

The Beijing Winter Olympics will kick off on Feb. 4, 2022. We can’t wait to bring you all the Olympics insights, results and viral moments straight to your inbox at 8 a.m. Click here to sign up for our Olympics Headlines newsletter. Meanwhile, our Sports newsletter delivers the top sports headlines of the day throughout the year.

Our daily weather forecast newsletter prepares you for the day and week ahead. And our entertainment newsletter delivers the latest headlines about movies, music, TV, award shows and celebrities. The contests & special offers newsletter gives you a chance to win prizes and get great deals from NBC and select 3rd parties.