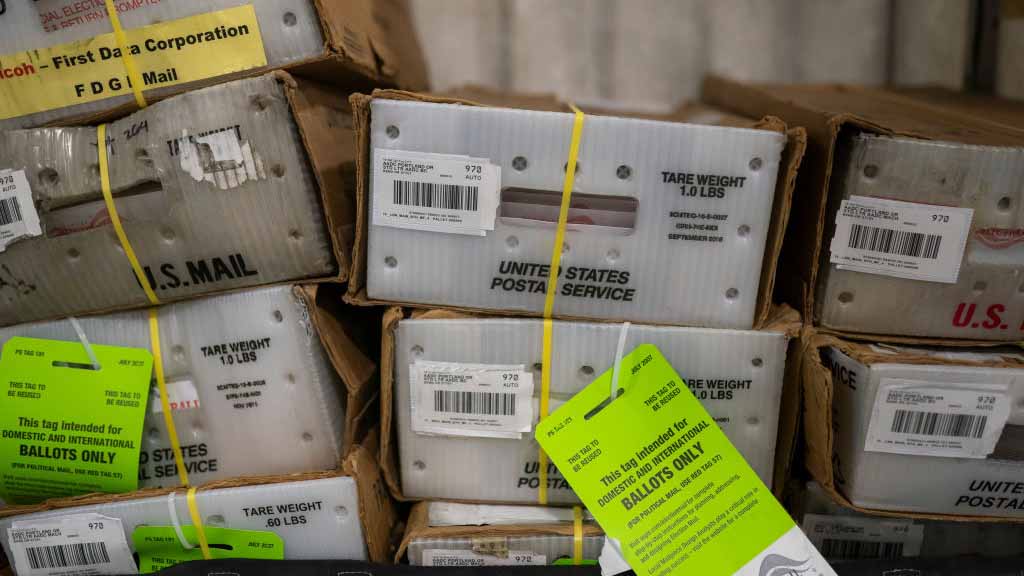 With the election one week away, voting advocates are urging people to drop off their absentee ballots in person. That’s because on-time delivery for the postal service has dropped.

According to data released by the postal service, roughly 86% of first-class mail was delivered on time for the week ending Oct. 16. That’s down from the previous week.

NBC Owned Television Stations, Telemundo and NBCLX  teamed up to test the speed of the postal system in an unscientific survey. We mailed hundreds of letters across the country during a three-month period.

We found what other government reports verify: cost-cutting measures implemented over the summer have increased the time it’s taking for some mail to arrive at its destination.

Large Python Found Under Hood of Mustang in Dania Beach

Forget about horsepower, this thing has python power.

A driver was shocked to find a massive python under the hood of his Ford Mustang in Dania Beach Thursday morning.

Video posted on social media showed a Florida Fish and Wildlife Conservation Commission officer pulling the snake out of the muscle car near JSD Marine off Tigertail Bouelvard.

Cell phone video captured the moment a python was seen under the hood of a Mustang.

Miami Police are investigating after burglars stole three French Bulldogs, nine firearms and about $20,000 in clothing from a Liberty city home.

The break-in happened around 3 a.m. on Monday at a home in the 4100 block of Northwest 10th Avenue.

The homeowner was away from the home when he received a notification from his front door camera and saw three masked suspects.

The homeowner rushed home and found his house ransacked and his three French Bulldogs worth about $60,000 gone. A fourth dog was left in the house and appeared to be injured.

Miami Police are investigating after French Bulldogs and guns were among the items stolen by burglars at a Liberty City home.

Two Attorneys Square Off in Race for Mayor of Fort Lauderdale

Cleaner water and improved infrastructure is top of mind for the two candidates running for the mayor’s seat in Fort Lauderdale.

Current Mayor Dean Trantalis explained to NBC 6 why voters should choose him over his competition.

“I have more experience in government, I understand the issues. I’ve been more involved in trying to solve the problems and challenges that we have,” said Trantalis, who has served as the city’s mayor since 2018.

Challenger Ken Cooper, a local attorney, says Fort Lauderdale needs to be more fiscally responsible, arguing there is plenty wrong with the way Trantalis is leading the city.

For voters in Fort Lauderdale– a key race on your ballot will be voting for mayor. NBC 6’s Marissa Bagg spoke to both candidates on where they stand on important community issues.

Maybe you’ve heard of “Jamónton,” the Cuban parody of the Broadway musical, “Hamilton.”

Hialeah native and creator Eddie Mujica is now back with a third part to the “Hamilton” parodies. But instead of debating the roots of the Cuban sandwich, you meet the founding mothers of Cuban pastries, The Bakery Sisters — a play on the Schuyler Sisters in Lin Manuel Miranda’s production.

Mujica spoke to NBC 6 anchor Sheli Muñiz from his home in Los Angeles about his inspiration to start the parody series.