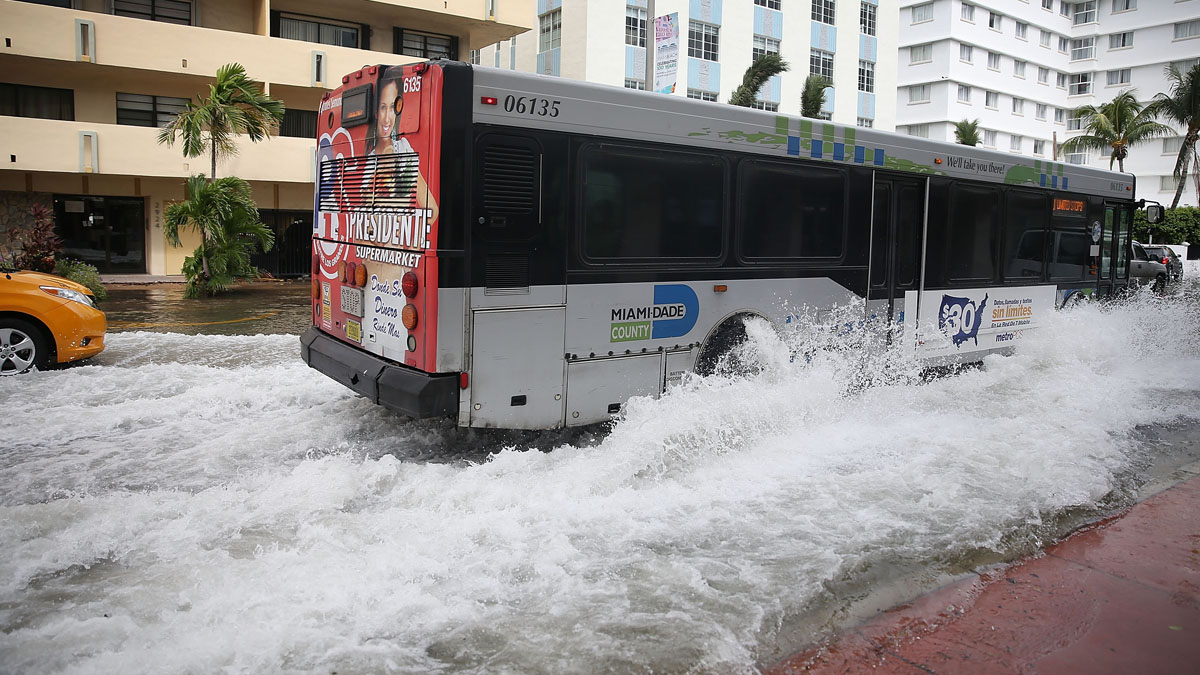 New scientific projections released Wednesday predict that ocean levels will rise even faster than previously forecast over the next four decades in low-lying southeastern Florida, which is already prone to frequent flooding even on sunny days. Compared with estimates made in 2015, the new prediction is for about 5 inches in additional sea level rise under a moderate outlook by 2060. The projection was released as part of a meeting of the Southeast Florida Climate Leadership Summit, which covers densely populated Miami-Dade, Broward, Palm Beach and Monroe counties.

“I Don’t Know Why This Happened”: Parents of Murdered Little Haiti Man Speak Out

Gonzalo Vizcardo was shot on November 7th, and police have still not been able to determine what occurred the night of the fatal incident. His parents spoke out to the public on Tuesday, begging for anyone with any information to step forward and help the police with their investigation. Vizcardo was a well-known community activist who worked with the Miami-Dade Democrats. “He was very loved by the people who knew him,” his mother said at the presser. There is a $3,000 reward being offered for any information that may lead to an arrest.

Fashion has always played a starring role at the glamorous week-long parties surrounding Art Basel Miami. This year it’s all about the kicks as several major brands including Dior, Adidas and Nike drop limited edition sneakers that had fans camping out overnight. On Wednesday night, the opening of LeBron James’ new retail spot UNKNWN in the trendy art district included VIP guests like Flo Rida, Timbaland and Reese LaFlare. A massive line of colorful folding chairs and backpacks of shoppers had formed, as people hoped to get their hands on limited edition shoes.

Will the New Concert Venue Be Done Before the Super Bowl in Miami?

Watson Island is being transformed into a new entertainment venue ahead of Super Bowl 54 in Miami. The multilevel venue, named Meridian at Island Gardens, will host the Super Saturday Night concert with international superstar Lady Gaga as the headlining act. Construction for Meridian is currently underway, but the land has had legal woes in the past, leaving some to wonder if the project will be completed in time for the “Poker Face” pop star to take center stage.

Inclusive Schools Week is a national movement to encourage schools to give special needs students opportunities to take classes and participate in activities alongside their general education peers. At Miami-Dade County Public Schools, every school in the district follows a policy of maximum inclusion, but we had to choose one as an example, so we settled on Southwest Senior High School in Kendall.