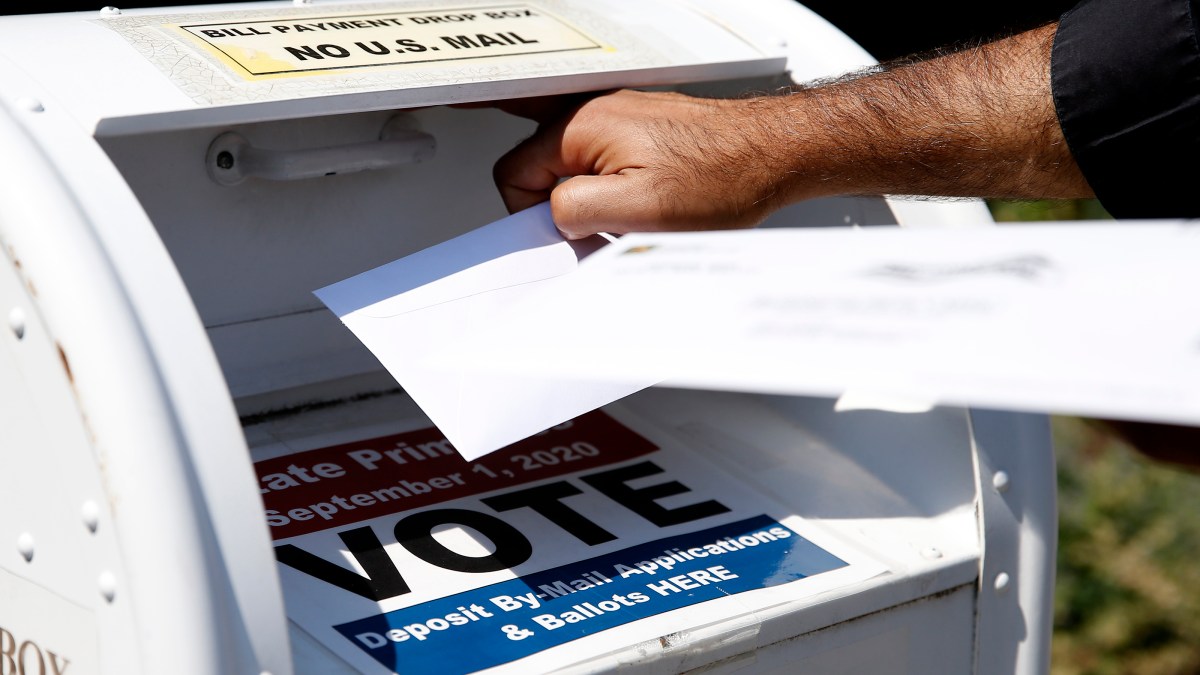 How Long Would It Take to Send Ballots in the Mail? We Tested It

The New York Times predicts 80 million people may vote by mail this November because of the coronavirus pandemic – nearly double the usual amount. That is why NBC 6 Investigators teamed up with NBC owned stations across the country to test the speed of the postal service.

NBC reporters from a dozen cities mailed 155 letters on a single Friday in mid-August to measure the U.S. Postal Service’s on-time performance. Though half the letters reached their destinations within two business days,  some have not arrived two weeks later.

The slowdown in mail service has big implications for the November presidential election when a record number of voters are expected to cast mail ballots.

The unscientific test underscores complaints about the postal service’s performance, which were highlighted in recent congressional hearings.

After NBC 6 reported on a woman whose daughter’s likeness had been used to make a sex doll, a Florida congressman says he is reintroducing legislation to enact a national ban on childlike sex dolls.

“This is sickening and cannot be allowed to continue,” Congressman Vern Buchanan, who represents Florida’s 16th district, wrote on Twitter in response to NBC 6’s story.

The mom, who spoke exclusively about the incident to NBC 6 and asked to be identified only as Terri, said that a photo of her 8-year-old child had been stolen and used to create a sex doll that was legally for sale on Amazon and other websites.

Florida Rep. Vern Buchanan is introducing legislation to ban childlike sex dolls after watching an NBC 6 report about a mother’s plea for help after her daughter’s likeness was used for one. NBC 6’s Jamie Guirola reports.

At the Guatemalan-Maya Center in Lake Worth, volunteers distributed food boxes to hundreds of families of migrant workers.

Gene Roca, a volunteer, told NBC 6 they distributed 500 boxes as a lifeline for these essential workers during the pandemic. But he says some volunteers and families were surprised about what was inside the boxes.

“We discovered a flyer in the boxes from the President of the United States in English and Spanish,” Roca said.

Volunteers told NBC 6 the migrant families who received the letter now worry the government knows they are getting help, and think it will be used against them in the future.

Letters from President Trump were dropped in food boxes meant for humanitarian aid. The boxes are part of a federal program where the government buys food from farmers impacted by the pandemic and then distributes it. But as NBC 6 Investigator Phil Prazan reports, some are questioning the motivation and legality of putting a letter from the president in this humanitarian aid.

The COVID-19 pandemic is piling on one of the largest and most vulnerable segments of the community, senior citizens, who have been forced to deal with an added emotional burden of loneliness.

But a company in South Florida is providing companionship for senior citizens inside their homes.

“Loneliness, as some research has said, is as bad as smoking cigarettes every day,” said Kevin Sobolewski with SYNERGY HomeCare. “Some of these people have not really had contact with anybody since March so our service allows us to go in and spend some time with them. The companionship is extremely important to these people.”

The reopening of nursing homes and assisted living facilities in Florida on Wednesday was met with anticipation and confusion. NBC 6’s Carlos Suarez reports.

Florida Gov. Ron DeSantis hopes the state’s bars and breweries will be able to reopen soon after months of closure amid the coronavirus pandemic.

DeSantis held a roundtable discussion in St. Petersburg Thursday with bar and brewery owners from throughout the state, as well as Department of Business and Professional Regulation Secretary Halsey Beshears.

Florida bars were closed amid the coronavirus pandemic and allowed to reopen in May at 50% customer capacity, but a spike in COVID-19 cases in June led to the suspension of on-premises alcohol sales at bars.

Florida Gov. Ron DeSantis hopes the state’s bars and breweries will be able to reopen soon after months of closure amid the coronavirus pandemic. NBC 6’s Laura Rodriguez reports.