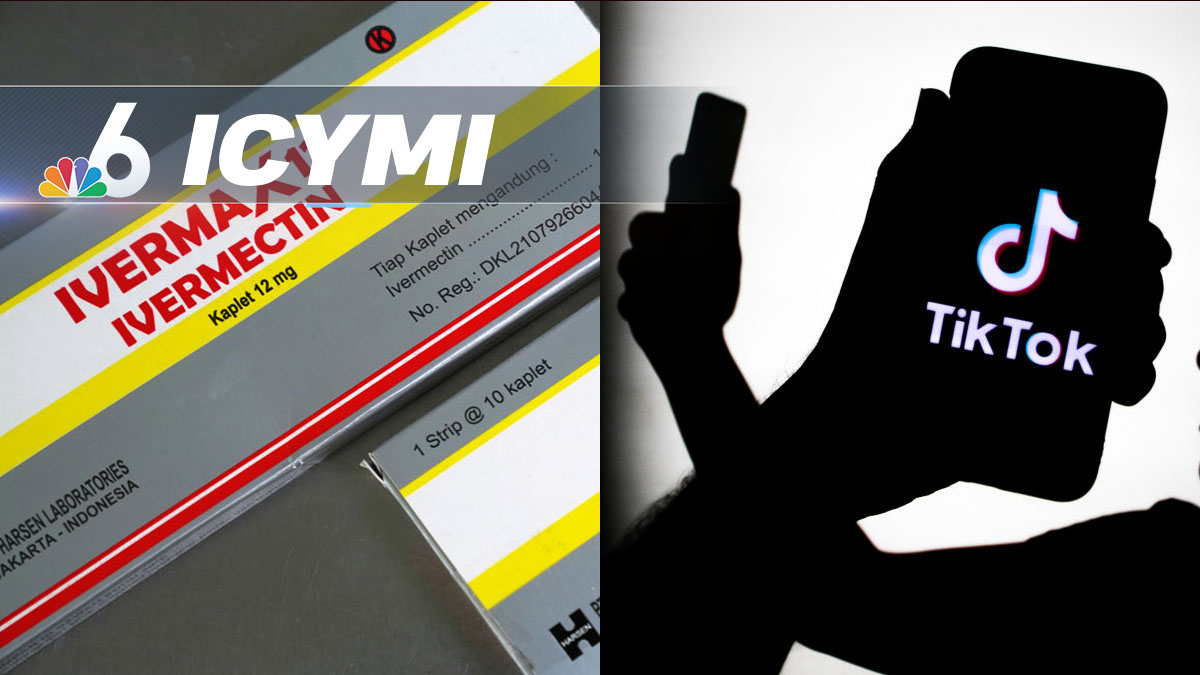 The myths surrounding vaccinations against COVID continue to spread, much like the disease among the unvaccinated.

The result has been more sickness and death and it can impact the vaccinated as well, said FIU professor Dr. Aileen Marty, refuting those who claim the unvaccinated are only putting themselves at risk.

“There are many ways the unvaccinated are directly impacting you as a vaccinated person,” Marty said, because while the vaccines are amazingly good, they are not perfect. So the infected unvaccinated can more efficiently spread disease to everyone, including relatively rarely the vaccinated.

Click here for more on the story in a report from NBC 6 investigator Tony Pipitone.

Thousands of people are facing eviction here in South Florida, but there is help out there to protect some renters in need. NBC 6’s Sasha Jones reports

Local Ordinances Could Offer Some Protections for Renters in Need

With the Centers for Disease Control and Prevention’s moratorium over, many tenants are looking for other protections.

“There are some new protections that were put in place that people should be aware of,” Rowley said.

Rowley is the advocacy director of the tenants’ rights department with the Legal Services of Greater Miami. He said in Miami-Dade County landlords who accept money from the county’s rental assistance program are required to dismiss a pending eviction case within 10 days. Click here for the story from NBC 6 consumer investigator Sasha Jones.

Some say Ivermectin is a miracle cure for COVID-19, others question because of its use in animals. NBC 6’s Phil Prazan teamed up with PolitiFact to find answers.

Nobel Prize? Horse Dewormer? What We Know About Ivermectin

Since the beginning of the pandemic, prescriptions for Ivermectin have risen twenty-four fold what they were, according to the Centers for Disease Control. Ivermectin is a Nobel-prize winning drug to fight off parasites but a version of it is used to remove heartworms from large animals like horses.

NBC 6 reporting partners at Politifact looked into it.

NBC 6 first reported on Ivermectin in April 2020 when doctors at the Broward Medical Center said they saw positive signs from using the drug. The doctors used Ivermectin as part of the cocktail of drugs they used early on to treat the virus.

“It’s not a miracle cure. We’re not talking about a miracle cure. To me it’s the same message that it’s been all along. Social distancing. Staying away from people. Wear a mask,” said Dr. Jean-Jacques Rajter at the time. Click here for more from NBC 6 investigator Phil Prazan.

Schools in Miami-Dade is investigating a small number of incidents of vandalism linked to the “devious licks” challenge on TikTok. Kids could face only expulsion but jail time as well. NBC 6’s Kris Anderson reports.

In light of a TikTok trend that involves the theft and destruction of school property, Miami-Dade County Public Schools is reminding students that taking part in the social media craze will not be tolerated.

“This type of behavior is a crime and will not be tolerated. Students will be disciplined according to the Code of Student Conduct and may face legal consequences, including arrest, which can seriously impact a student’s future,” MDCPS said in a statement Thursday to students and parents.

The video-sharing platform said Wednesday that it has banned content around the “devious licks” trend, saying that it violates its community guidelines, NBC News reported.

They’ve been playing jai-alai in Dania Beach for 69 years. There will not be a 70th season. The Casino at Dania Beach is shutting the sport down in November.

“Jai-alai has been part of Dania Beach for years so it’s not an easy decision to make when you have to sit down and look at what this has brought to the community and South Florida as a whole,” said general manager Arnaldo Suarez.

It’s a fluid, graceful, and incredibly fast sport, sort of like racquetball on a much bigger court. It’s not easy for jai-alai fans to see the curtain coming down. Those days are long gone. They used to draw thousands of fans to the fronton in Dania Beach as well, but these days they’re lucky if more than a hundred show up to place their bets. Click here for more on the story from NBC 6 reporter Ari Odzer.

Comcast RISE, an initiative aimed at empowering small, minority-owned businesses amid the coronavirus pandemic, will be offering $10,000 grants to eligible businesses in Miami-Dade and Broward counties.

Comcast RISE, an initiative aimed at empowering small, minority-owned businesses amid the coronavirus pandemic, will be offering $10,000 grants to eligible businesses in Miami-Dade and Broward counties, the company announced Tuesday.

In total, the Comcast RISE Investment Fund will be committing $1 million in grants to small, minority-owned businesses in Miami-Dade and Broward. The company will be selecting 100 small businesses across both counties to receive the monetary award.

Miami is one of six metropolitan areas Comcast RISE is offering grants to as part of the nationwide initiative. Small businesses in Houston, Minneapolis-St.Paul, Oakland, Seattle and Washington D.C. are also eligible for the $10,000 grants, making the grand total offered by Comcast RISE $11 million. Comcast is the owner of NBCUniversal, the parent company of NBC 6.