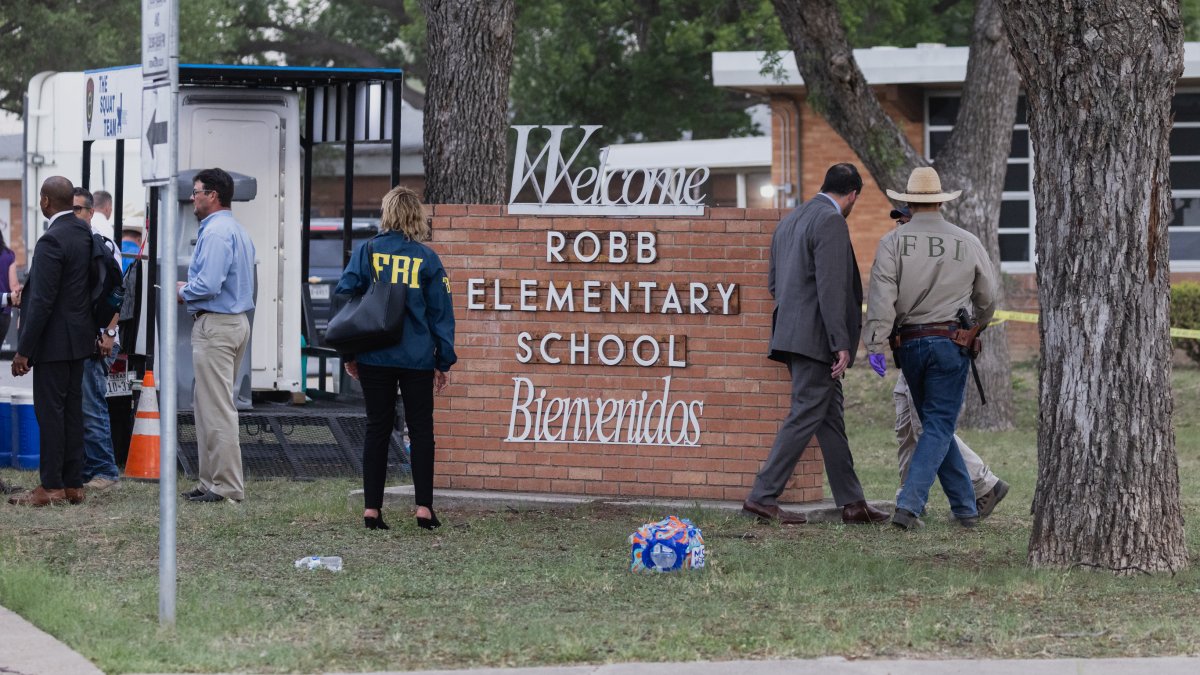 On a day when at least 19 children were murdered at a school in Uvalde, Texas, NBC 6 heard from the ones who experienced a similar tragedy just over four years ago in Parkland.

Max Schachter’s son Alex was among the 17 people killed at Marjory Stoneman Douglas High School in 2018 when the now-convicted gunman opened fire, injuring 17 others as well.

“The worst thing that’s ever happened to me in my life is losing my little boy,” Schachter. “Sending your kid to school and having them never come home again? It doesn’t compare to anything.”

“I feel very mad, I feel very frustrated, I cannot understand why we are going through this situation by the hour,” Oliver said. “This is something that is impossible to understand.”

Tony Montalto lost his 14-year-old Gina, and knows how heart-wrenching Tuesday was for those parents in Texas.

“We know all too well the devastation that many of these families are feeling there this evening, as they learn of the loss or the murder of their child or loved ones,” he said.

Christine Hunchofsky, who was the mayor of Parkland at the time of the shooting, is now a state legislator in Tallahassee.

At least 19 children and two adults were killed when a gunman opened fire at a school in Uvalde, Texas. NBC 6’s Kim Wynne reports

As these South Florida families grieve with those hundreds of miles away in Texas, they also opened up about the death penalty trial of the Parkland shooter – which has been repeatedly delayed.

“It’s frustrating that it’s been over four years and we still don’t have any justice, but I hope the jury does what they should do and put this murderer to death just like he sentenced our children to die,” Schachter said.

These families are also calling on Congress to take up two school safety bills named in honor of the victims of the MSD shooting, the Luke and Alex School Safety Act and the EAGLES Act.

Together the bills would create a clearinghouse of best practices for how districts should respond to school shootings, and better equip districts with the resources needed to spot red flags and prevent tragedies.