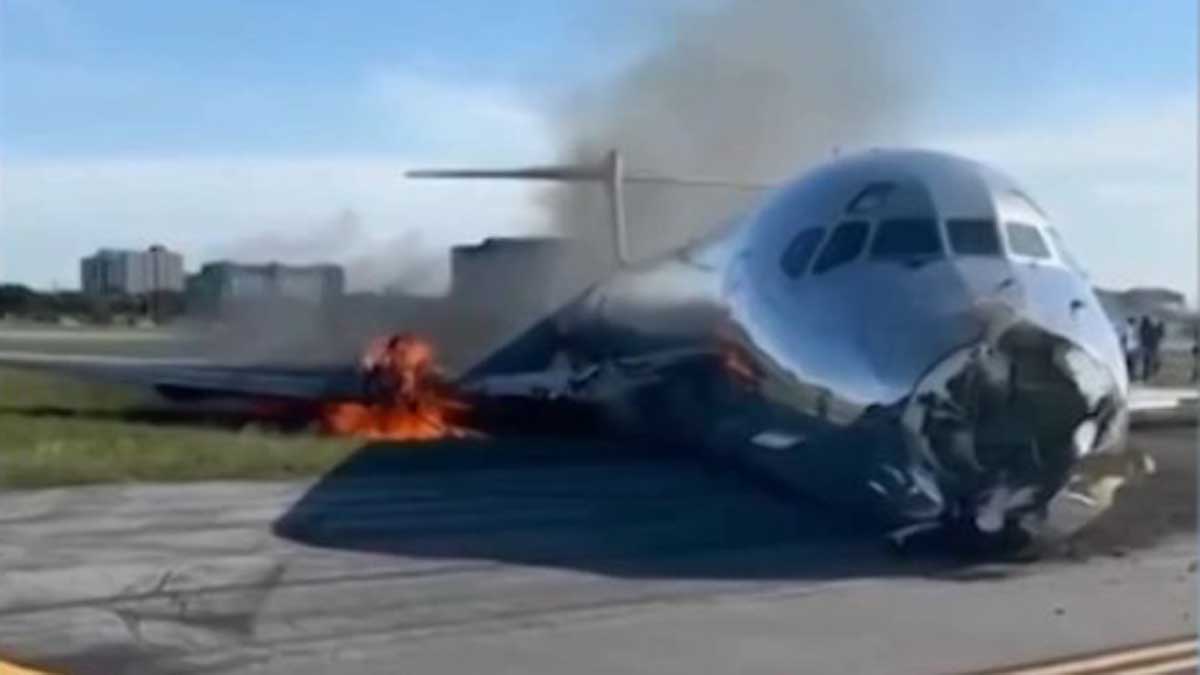 When every second counts and lives are on the line at Miami International Airport, there’s no room for error.

Miami-Dade Fire Rescue recently provided NBC 6 with exclusive access to show how they get ready for moments such as this one scene in June, when a Red Air flight from the islands had its landing gear collapse and it struck an antenna when going off the runway.

Smoke was billowing from the plane. Passengers were jumping on the emergency evacuation chutes.

“When I saw the fire, when I go off the airplane, there was like smoke,” one passenger said at the time. “There was like a burned smell.”

The fire teams with their specialized equipment arrived within 90 seconds.

“The call came directly from the tower. They observed the actual incident. The alert 3 ring down came down and it came down as the aircraft was on fire,” special projects chief Omar Ricardo said. “Our main priority is always going to be life safety. Our second priority is going to be to extinguish the fire and to stabilize the incident. On that given day, all that was happening simultaneously.”

The fire teams have technology that can make a difference — a piercing tool that allows the firefighters to break through into the aircraft and fight any fire. Also, infrared camera technology allows them to see exactly where any fire is burning.

“That is technology advancing and gives us the ability to take action,” Ricardo said.

There are 27 firefighters on duty at MIA at all times at two stations. The Federal Aviation Administration mandates they reach an emergency within three minutes — a mandate they’re out to beat every time.

“Because the plane is made out of metal and the fuel involved with the aircraft — the amount of fuel that it carries — it can burn up very quickly,” said Division Chief Enrique Rojas. “Obviously time is of the essence. You are in a metal tube. We have hundreds of passengers on board we need to get out.”

The firefighters and police have an airplane where they can practice their tactics in the cockpit.

“Anything you can think of, we run it out here,” Rojas said.

With 4.5 million people and 37,000 flights flying out of MIA each month, no one knows when the next emergency will arise. This team will race there while the clock is ticking.