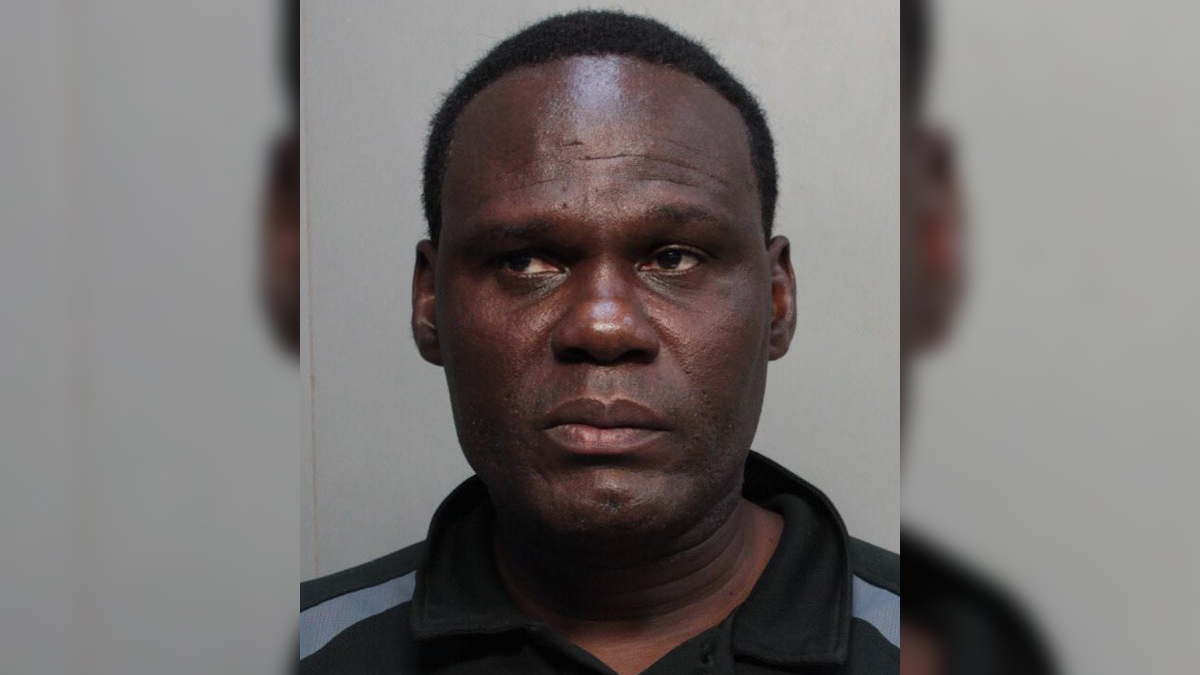 A man accused of kidnapping and trying to molesting a girl near her North Miami school is also accused of approaching multiple girls outside Miami-Dade schools and trying to lure them into his car, authorities said.

The first reported incident happened in October 2019, when a girl who was walking to to North Miami Middle School on Northeast 137th Street was told by her friend that he had called a ride for her and she would be picked up by a man in a red car, arrest affidavits said.

The girl said a red car pulled up and the man inside, later identified as Etienne, told her to get in, and when she did the man asked her where she needed to go. The girl said the man started speaking in Creole, then told her he loved her and “wanted to show her love,” the affidavits said.

Newly released body cam footage shows a Florida elementary school student pleading for help as she’s taken into custody at school during an arrest that lead to the firing of a police officer.

One victim said she had been harassed on three separate occasions between December 2019 and January by a man in a red Nissan Altima near Sabal Palm Elementary, the affidavits said. The girl said the first time he “persistently asked and terrorized her to get in his vehicle, while slowly driving beside her,” the affidavits said.

The girl was able to get a video of the car with a partial license plate, the affidavits said.

A second girl told investigators that she was approached by a man in a Nissan near JFK Middle in January, and said that he tried to lure her into the car by waving $6 at her, the affidavits said. She said she saw him a second time, when he pulled his car up next to her and nodded his head for her to come closer, but she told him to leave her alone and he drove away, the affidavits said.

Dramatic video shows a group of good samaritans racing the clock to save a woman who had driven into a Boca Raton, Florida, canal. Molly Pedrone, the rescued driver, says she suffered a seizure on her way home from work and plunged into the water shortly after 11:00 a.m. Sunday.

A third girl said she was walking to school near JFK Middle when she realized she was being followed by a red Nissan Altima, and the man inside offered her $40 and persistently asked her to get in the car, the affidavits said.

During photo lineups, all of the victims were able to identify Etienne as the man who approached them, the affidavits said. He was arrested on Feb. 14 by Miami-Dade Schools Police.

“A predator has been taken off the streets and will be prevented from victimizing any more children,” Miami-Dade Schools Police Chief Edwin Lopez said in a statement. “Whether incidents happen inside of our schools or outside of our campuses, as was the case here, Miami-Dade Schools Police detectives will take all measures necessary to protect our students from harm. I commend the investigators who worked tirelessly on this case. We will work with prosecutors to ensure this individual is prosecuted to the full extent of the law.”

“A monster, a person that needs and should be in in jail forever, for the rest of his life,” said Ciari Joseph, a family member of one of the victims. “You’re kidnapping people, that’s a person, a person’s child, a sister, a family member.”