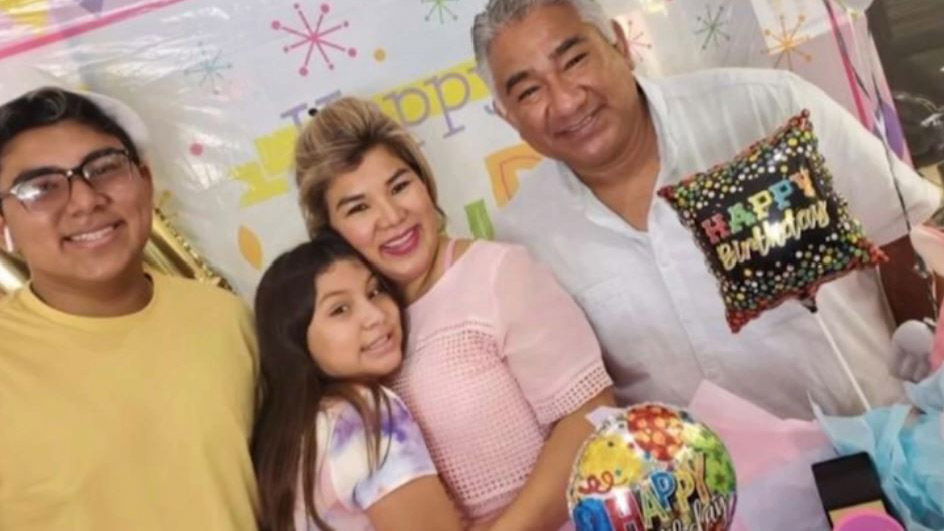 The video slideshow at German Amaya’s viewing on Saturday showed many pictures of the beloved Father surrounded by his family before he was infected with COVID-19 just weeks prior.

“German was a man of integrity, always had a smile on his face and loved his family,” said his friend and coworker Rick Sanchez. “Took care of his family and did everything for his family.”

The 55-year-old was a Banquet Houseman for the Fontainebleau Hotel for 11 years, according to his hospitality union UNITE HERE Local 355. The group says he was laid off during the pandemic shutdown and lost his health insurance benefits.

They say he later contracted COVID-19, went into a coma and died after a weeks-long battle.

“Throughout the time he has been in the hospital, he has not had medical coverage. He will not receive a $10,000 death benefit,” said Principal Officer for Unite Here Local 355 Wendi Walsh.

We reached out to the Fountainbleau Hotel, and in a statement they offered their condolences.

“The Fontainebleau was deeply saddened to learn of the passing of German Amaya, and on behalf of Team Bleau, our hearts go out to his family and friends.”

The union, however, says Amaya should have been able to keep his health insurance after he was laid off. They say out of the half dozen hotels they work with in Miami-Dade and Broward, the Fontainebleau is the only employer who eliminated the health benefits of their laid off workers, leaving family’s like Amaya’s in a difficult situation.

“So, his family now, while they are mourning his death, they are also coping with a tremendous financial burden,” said Walsh.

The Fontainebleau explains, after being shutdown for 3 months during the pandemic, they had to lay off almost all of their workforce. The hotel released a response stating in part:

“So far, we have been able to recall to employment approximately 360 of our unionized workers and we are making the full $975.37 monthly contribution for any month in which an employee has worked even one day.”

Were told by amaya’s union he was also a shop steward who fought for his coworkers.

“He was a leader in our union always standing up for his coworkers representing his coworkers in the union on contract negotiations,” said Walsh.

The union says, out of 700 hospitality workers they represent, only 70 are currently working.