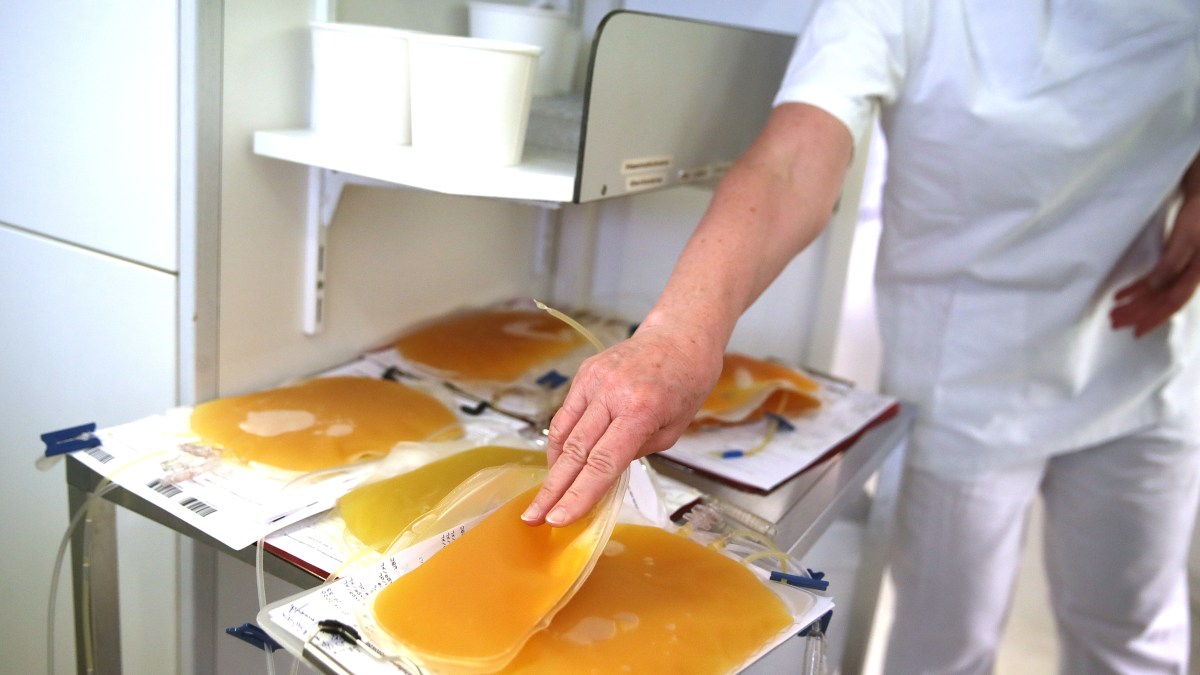 There’s a massive increase in the number of South Florida families seeking plasma donations for their loved ones amid the coronavirus pandemic.

The demand thus far has been far outstripping what’s available. The plasma may be the treatment that allows some people to go home.

Family members describe Ivonne Gonzalez as the life of the party. But her son, Jerry Gonzalez, said she’s in a battle to get out of the hospital bed and back home to make more memories.

“She’s been at the hospital all week, slowly deteriorating. Doctors put her on the plasma waitlist as soon as she got there a week ago and unable to get any plasma as of yet. They say plasma has been working wonders for a lot of people, and there’s just a big shortage and they haven’t been able to get it to everyone,” Jerry Gonzalez said.

Jerry Gonzalez has been dealing with the virus on his job as a Lauderhill Fire Captain. His wife, Yurelis, is also a nurse. Now the pair even with all their training are the ones waiting for help.

“It’s tough, no doubt it’s tough. We see it everyday at work in a professional standpoint but when it hits home it’s completely different. It’s my mom,” he said.

The family this weekend made a Facebook post asking for anyone who could donate the plasma to come forward.

“Based on the post, people have reached out to me. They were incubated and they received plasma and it was very helpful,” Yurelis said.

Sadly, the Gonzalez family is just one family seeking the donations. One Blood, the organization that coordinates the donations, said the request from hospitals is up a whopping 500%.

Susan Forbes, the One Blood Communications Director, said hospitals are starting to use it now earlier in treatment. Forbes said the earlier treatments combined with the rise in cases has resulted in the demand going way up.

“That’s why we are encouraging more people who have recovered to step forward and donate their plasma. They really hold that potential key in helping those patients recover,” Forbes said.

Forbes said they are testing anyone who gives blood now for the antibodies to see if they might be a donor, and if you’ve qualified before then Forbes said after 28 days you can come back. Visit www.oneblood.org for more information.