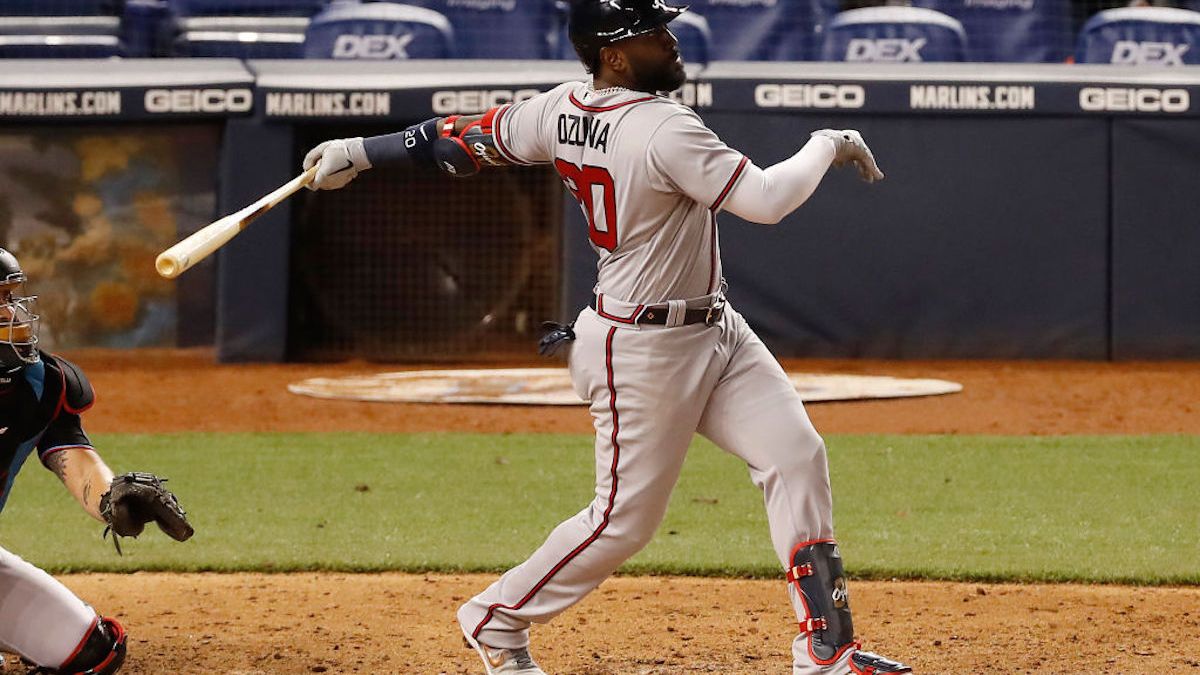 What started as a pitcher’s duel turned into a home run
hitting contest Saturday as the Atlanta Braves took game two of their weekend
series with the Miami Marlins 2-1 inside an empty Marlins Park.

Atlanta outfielder Adam Duvall was the hero of the night for the Braves, taking a one out pitch in the ninth inning from Marlins reliever Brandon Kintzler (1-1) and hitting off the left field foul pole for the solo home run.

The homer game just one inning after Miami (9-5) center fielder Monte Harrison tied the game with a solo homer to center field off Atlanta relief pitcher Will Smith – although Smith did get his first win of the season thanks to Duvall’s homer.

Atlanta (12-10) designated hitter Marcell Ozuna led off the
scoring with a solo home run to left center field in the top of the seventh off
Marlins starting pitcher Daniel Castano.

The weekend series was a return for Ozuna, who spent five seasons in Miami, to Marlins Park as a member of a National League East Division team again after signing with the Braves in the offseason following two seasons with the St. Louis Cardinals.

The game started as a pitching duel between Castano and Braves
starter Max Fried, who each combined to throw six innings of scoreless baseball
before Ozuna led off the scoring.

Atlanta would get out of a jam when Braves reliever Shane
Greene struck out Miami third baseman Eddy Alvarez with two runners on base to
end the inning. Atlanta closer Mark Melancon pitched a scoreless ninth inning
to get his

Miami will go for their third series win of the abbreviated
2020 season Sunday with Elieser Hernandez on the mound looking for his first
decision in a start this season.