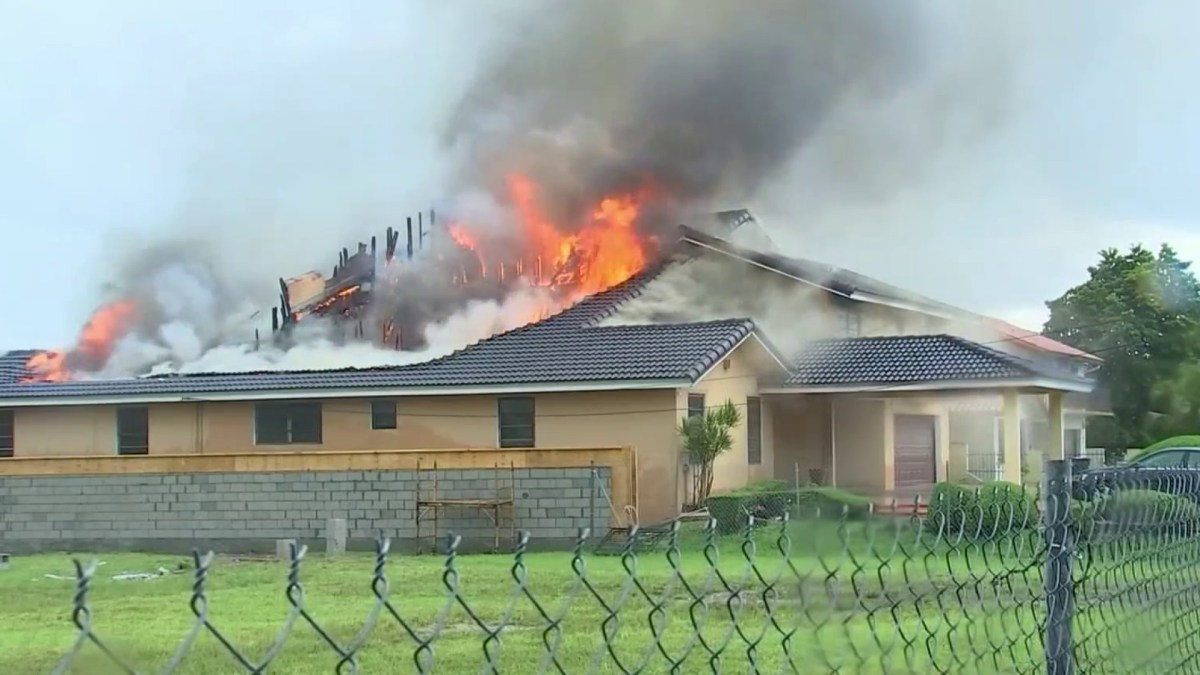 A lightning strike sparked a house fire Thursday afternoon in southwest Miami-Dade, causing the roof to collapse and destroying what was considered home to a family for 28 years.

Miami-Dade Fire Rescue responded to the house in the area of Southwest 36th Street and 109th Avenue in Westchester. At least 50 firefighters worked on the flames for hours and used two ladder trucks.

Nelly DePaz was in the house with her husband, Moises, and their grandson. She said they heard the strike, smelled and saw smoke, and all three left the house and watched the fire burn their home.

Fire officials say they’re certain lightning was what prompted the fire. There were no injuries apart from a firefighter who experienced muscle strain while working.

The DePaz family said they raised four children and 14 grandchildren in this house for nearly 30 years.

“Now more than ever, we’re reminded of what’s the most important thing to us,” said son-in-law Oliver Garcia. “We’ve been blessed — the fact that we can all still be together, we’re still healthy, we’re still surviving this pandemic. Everything else can be replaced. It’s irrelevant. We all have each other.”