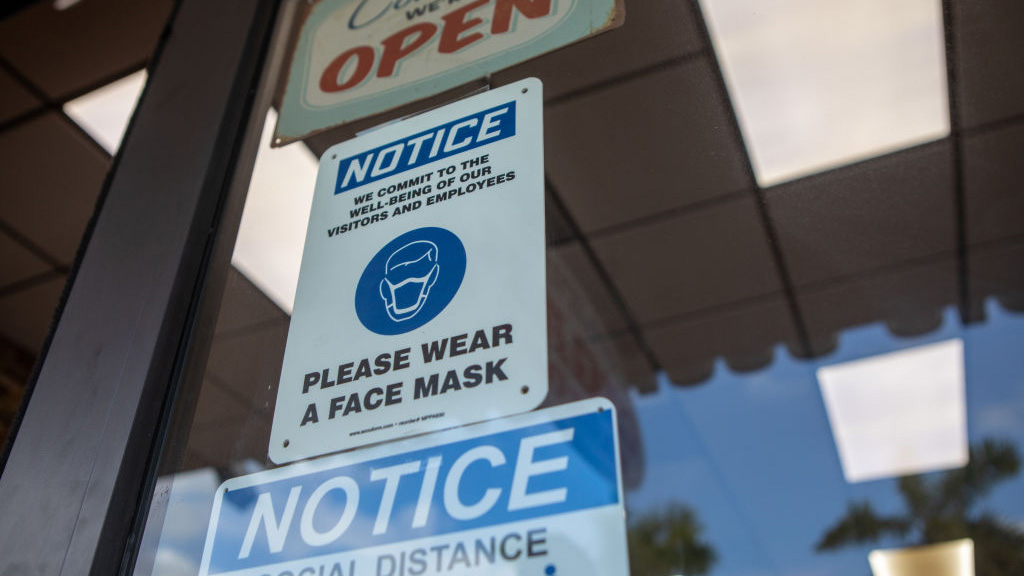 In hopes of slowing down the spread of the coronavirus this holiday season, leaders in South Florida local governments hope to issue mask citations and convince Florida Gov. Ron DeSantis to eventually reverse an executive order which bans local fines on individuals.

Miami Beach will begin issuing citations Wednesday if people do not accept a free mask. The $50 fines will be due when the governor’s executive order allows it.

DeSantis extended the order Tuesday. It will continue to wipe clean COVID fines on individuals.

The City of Miami Beach has issued more than a thousand citations this year until DeSantis’ executive order, according to the city’s Mayor Dan Gelber.

“We need to let people know they’ve got to wear masks and we intend to do it with every measure and every method we have available right now – including citations. Even if we can’t collect the fine right now,” Gelber said.

NBC 6 reached out for a response from DeSantis and did not hear back.

A spokesperson for the Miami-Dade County Police Department tells NBC 6 this year they’ve issued 517 civil citations to individuals for not wearing masks. How many in November? Zero.

Miami Beach has authorized police officers to hand out citations to people who refuse to wear masks in the city’s commercial districts during the holiday season. NBC 6’s Alyssa Hyman reports

“Once an officer brings it to their attention, they immediately comply and perhaps not merit a civil citation. However, if the citation is merited, the officer has the ability and legal right to issue a citation,” Zabaleta said.

“I think people in the last couple of months have taken it more seriously,” said Peter Dyeremose, a Miami man wearing a mask Wednesday in the downtown area.

He believes people should wear masks but doesn’t think they should be fined for not doing so.

“I don’t think you can force people to wear a mask if they really don’t want to. But, they shouldn’t be selfish. Look at what’s good for everybody else,” Dyeremose said.

Suarez told NBC 6 he requested phone calls with DeSantis but has not connected with him.

Suarez says he would want, “to impress upon him the need for us to have that kind of local control, for us to take whatever steps we feel are necessary. As we did very successfully in the summer.”