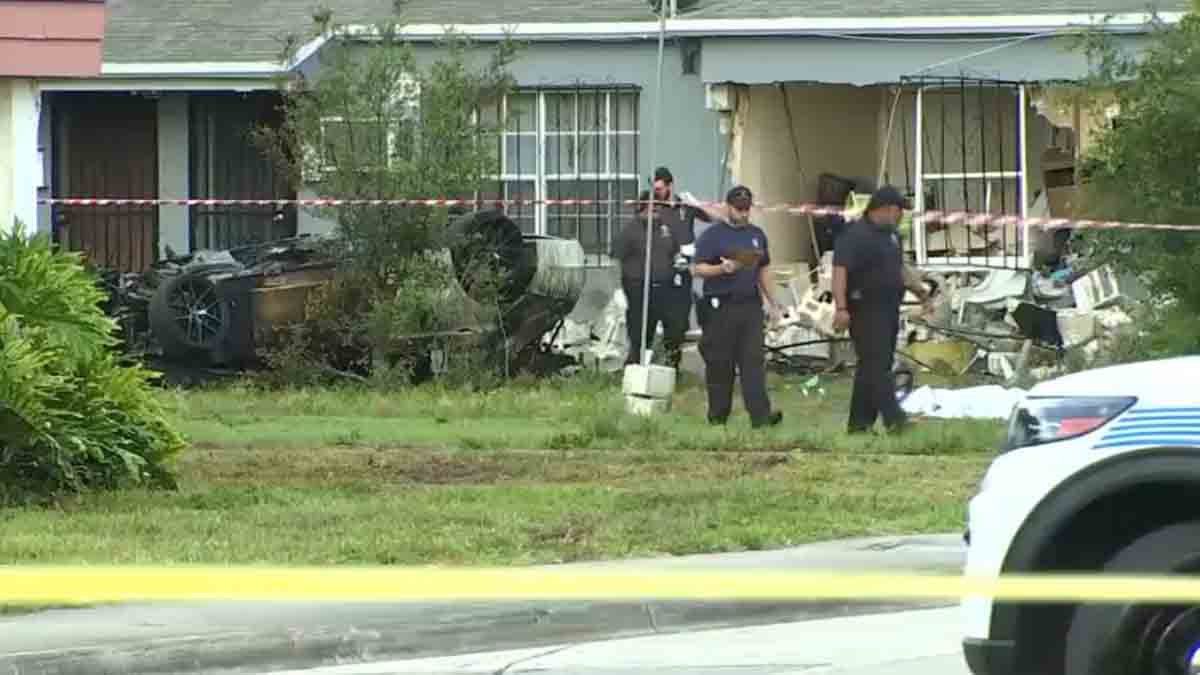 A South Florida rapper was among three people killed when a car lost control and slammed into a home in Miami, overturning and bursting into flames.

Ernesto Enrique Carralero, 23, who rapped under the name OhTrapstar, was in the car when it crashed into a home in the 300 block of Northeast 82nd Street early Wednesday.

OhTrapstar had more than 100,000 followers on Instagram, and was the cousin of rappers Lil Pump and Lil Ominous.

His manager said he should be remembered for being artistic, uniting people in the music industry and loving his family.

“He was a good, kind-hearted person. He never did bad. Just hearing all this happen to him, it tore me. I don’t believe it,” Dariens Martin said.

Friends said Barroso-Nodarse was a valet at a Miami Beach hotel. They said he was driving the car and had been at a club earlier that night.

“Drive safe. That was the last thing that was said between both of us and for this to happen to him, it’s still unbelievable,” said his friend, Brandon.

Five people were in the home at the time of the crash, and two were hospitalized with minor injuries.

Miami Police spokesman Michael Vega said the cause of the crash remains under investigation but that the car may have been speeding.

“We do believe that speed could be a factor, it is still too early in the investigation and we’re investigating it to see if that played any role in the accident,” he said.