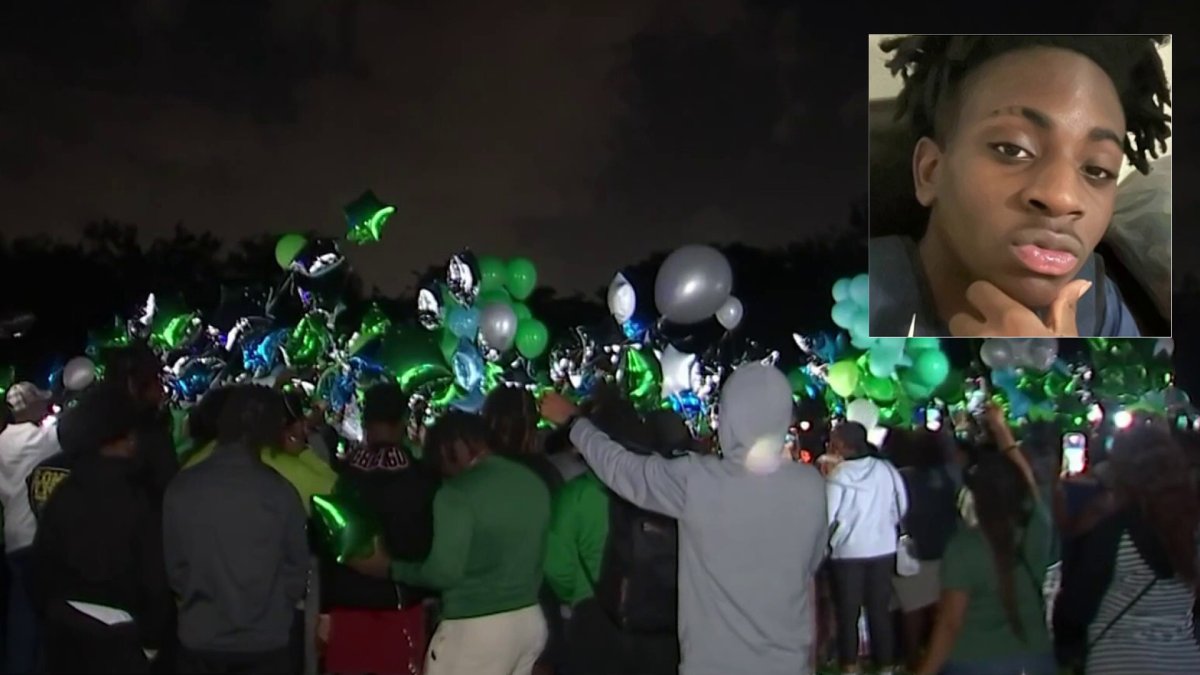 A candlelight vigil was held Friday night to honor the life of a high school football star who was shot and killed in his northeast Miami-Dade home earlier this week.

Family, friends, and classmates of 17-year-old Mekhi Stevenson came together at Sierra Lark to mourn but also to honor the young life cut short.

His mother, Sonya Stevenson, was overwhelmed with emotions.

“I haven’t been to sleep in days,” she said. “I haven’t eaten anything, drank anything in days, ’cause all I can think about is my child, how he died, how he died so senselessly.”

Mekhi, a quarterback for North Miami High School, was shot and killed Tuesday afternoon at his home on Sierra Drive.

According to police, Mekhi, his younger brother, and four other teens were inside a room when one of the teens took out a gun and pointed it at him.

The gun went off, hitting him in the chest.

“I can’t get it out of my mind that I have to bury my child,” Stevenson said. “My child is laying in the morgue. I just can’t wrap my mind around seeing him like that.”

Miami-Dade police arrested a 15-year-old who allegedly fired the gun.

“Two young lives are lost,” said Anthon Samuel, Mekhi’s older brother. “We find comfort in knowing that somebody will be held responsible for it but when you learn of the age, it’s sad.”

They said Mekhi’s next goal was to go to college.

“You just think what his life could have been,” Samuel said. “See, if I would have got nieces or nephews from him. I was looking forward to his 18th birthday.”

“My child will never get to live out his dreams, and that’s all he wanted,” the mother said.