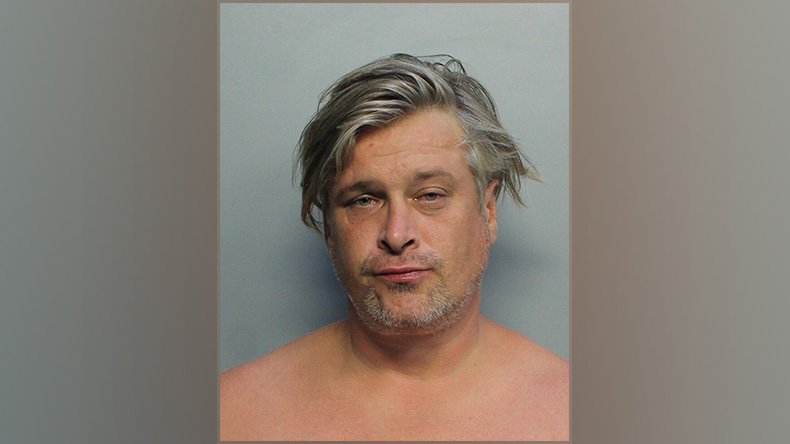 Officers say Barthelmess became aggressive when authorities
approached him, heading into the water and even throwing a rock at one point.

After a few minutes, a Miami Beach marine patrol unit was
able to take Barthelmess into custody when he entered their boat.