Authorities have arrested a man in connection with the theft of a car in Oakland Park that led to the death of a disabled dog.

Jephthe Jean-Francois, 19, was arrested Wednesday in Wilton Manors on multiple grand theft and burglary charges, as well as an animal cruelty charge, according to Broward Sheriff’s Office jail records.

Authorities said Zorra, a 13-year-old female Husky-Shepherd mix, was inside the 2005 Volvo that was stolen on Oct. 3 outside a Dollar Tree near Andrews Avenue and Oakland Park Boulevard. The car theft was captured on surveillance footage.

The car was found Monday night in Lauderdale Lakes with Zorra’s body inside, officials said. Investigators were awaiting results of a necropsy to determine how the dog died. 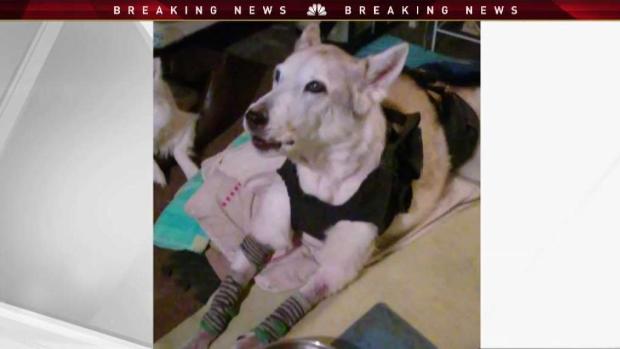 Zorra’s owner, Wanda Ferrari, said Zorra’s two back legs had been paralyzed and she needed a doggie wheelchair to get around. Local animal rescue group 100+ Abandoned Dogs of Everglades Florida had offered a $3,000 reward for Zorra’s return and had hired pet detective Jamie Katz, a licensed private investigator who specializes in reuniting lost, missing and stolen pets with their families, to work the case.

During an appearance in bond court Thursday, a prosecutor said Jean-Francois had been on pre-trial release for a previous arrest for grand theft auto, and was wearing an ankle monitor that placed him at the parking lot where the car was stolen. A key to the stolen car was also found in his possession when he was arrested, the prosecutor said.

“He allegedly broke into a car that had the victim’s handicapped dog in the back seat. He stole the vehicle, he discarded the vehicle, leaving this dog stranded to its own devices, locked in the car. When the car was later found the dog was found unfortunately deceased, and what I can only imagine greatly suffered,” the prosecutor said.