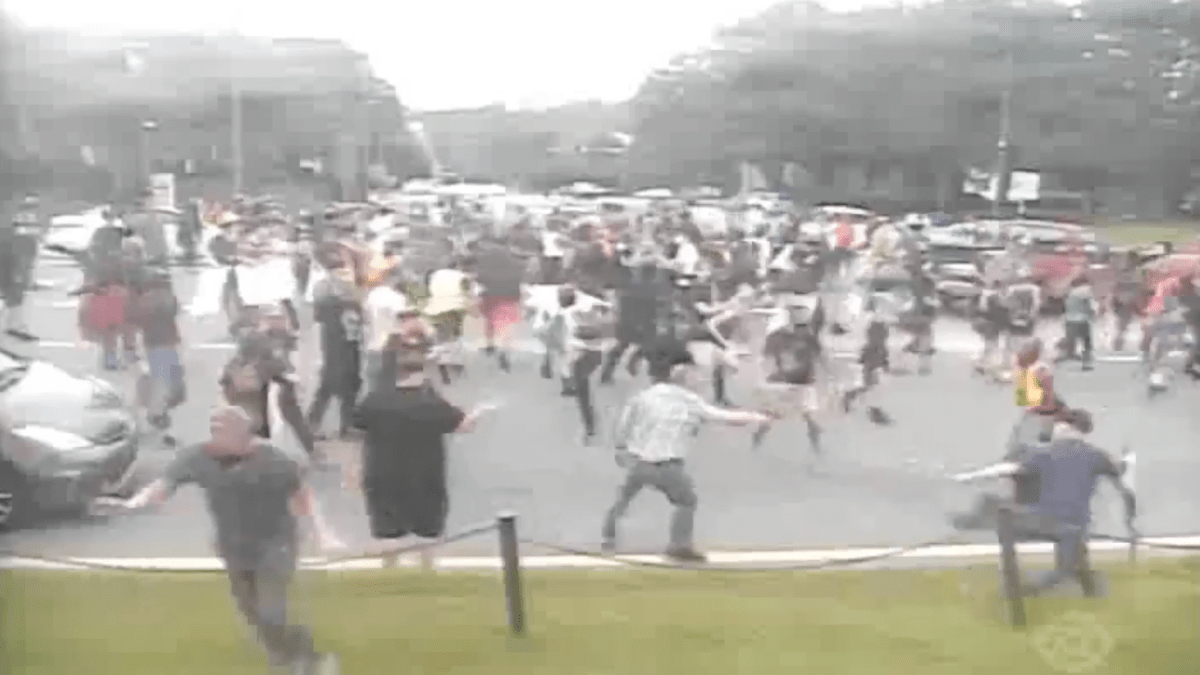 Police in Florida say a man who pulled a gun at a protest won’t face charges because he was defending himself.

The Tallahassee Police Department said in a statement that the incident occurred during a protest downtown. Police said a white man began “documenting the protest” and then was pushed from behind. A fight ensued, police said, and the man was knocked to the ground.

“He got back to his feet and brandished a gun,” the statement said, but “officers quickly engaged, took the individual into custody and peacefully dispersed the crowd.”

No charges were filed, and no injuries were reported. Police said the man with the gun “was lawfully carrying a concealed weapon as a license holder.”

The demonstration was organized by the Tallahassee Community Action Committee in response to the police shooting of Jacob Blake in Kenosha, Wisconsin, which has sparked protests around the country.

The Tallahassee Democrat reported that a person identified as Adam Ferguson said the person with the gun instigated the fight when he shoved a female protester. Ferguson said another protester then shoved him back, and the man threw a punch that hit Ferguson’s girlfriend.

“It was all just 60 seconds but it felt much longer,” he told the newspaper. “I don’t know why he would bring violence to a peaceful protest, when he pulled the gun out it all went rank.”

Police said investigators reviewed several videos of the Saturday incident and determined that the person with the gun was knocked to the ground and attacked and “lawfully defending himself.”

“Tensions are very high, and TPD is calling for protests and actions to remain peaceful. Verbal and physical altercations can quickly escalate into tragedy. Everyone must work together to de-escalate conflict,” the statement said.