A man was sentenced to 35 years in prison Wednesday for his part in the gruesome murder of his brother’s girlfriend’s mother in southwest Miami-Dade.

Police found the charred remains of Hilda Gonzalez’s body in a barbecue grill at her home back in October 2018.

Santy Castillo, along with his brother Yancel Castillo and his girlfriend Sasha Gonzalez, were charged with murder. Santy Castillo was also arrested on charges of accessory after the face, tampering with physical evidence and abusing a dead body.

Prosecutors say Santy Castillo helped put a trash bag over the mother’s head and suffocated her while she was sleeping.

Pair Arrested in Murder of Mother in Miami-Dade 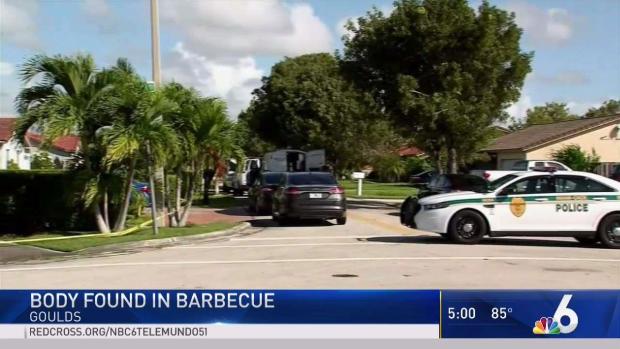 Along with his brother, they took her body to the side yard and gathered tree branches to set it on fire, reports said.

The other two defendants’ cases are going to trial next year. They face a maximum of life in prison if found guilty.