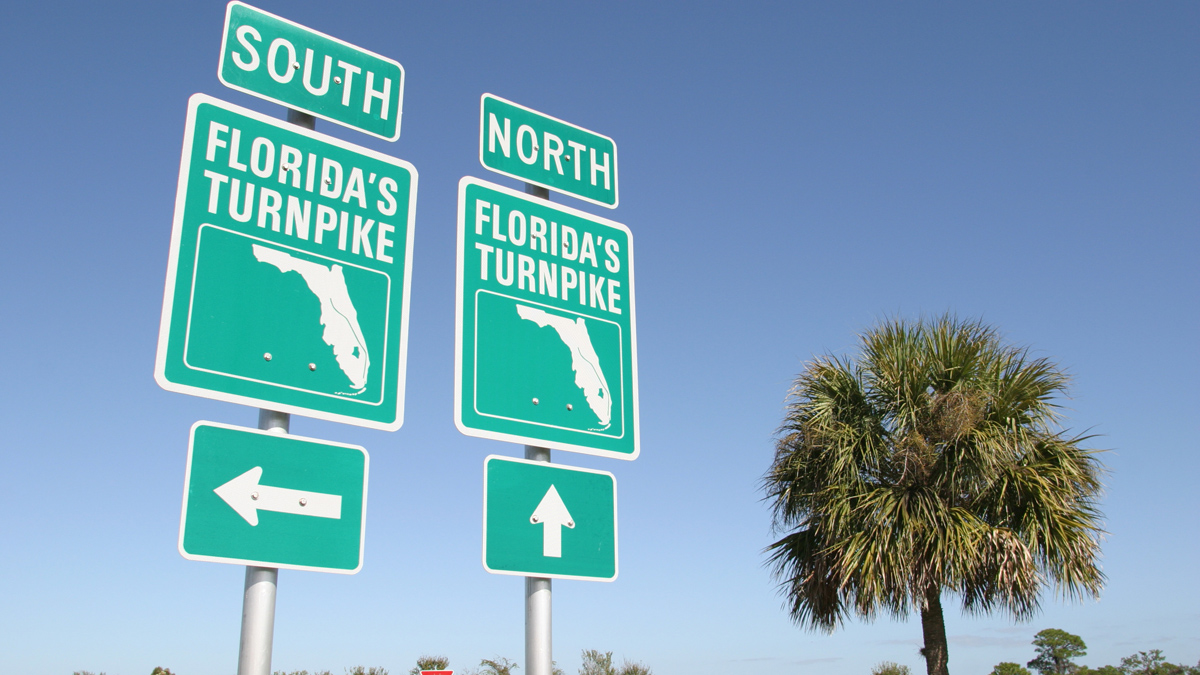 A man who jumped on the hood of a tractor-trailer on the Florida’s Turnpike started bashing the truck’s windshield Saturday afternoon, authorities said.

The bizarre encounter, captured on video that was shared on social media, happened around 1 p.m. near Boynton Beach, Florida Highway Patrol officials said.

Officials said they received a call that the man was driving a Toyota SUV southbound on the Turnpike with a passenger when the passenger said the man began “acting strange” and stopped the SUV on an exit ramp.

The man got out of the car and started walking on the highway, eventually jumping over the concrete median onto the northbound side where he caused traffic to slow down, officials said.

When traffic slowed, the man jumped onto the hood of the tractor-trailer and started hitting the windshield with his hands, officials said.

Video posted on social media showed the man on the hood of the tractor-trailer as it drove on the highway, going from the 86 Mile Post to the 95 Mile Post.

An FHP trooper eventually intercepted the truck and the man on the hood was detained. He was taken to a nearby hospital for evaluation.

The incident remains under investigation.