A Lauderhill man went in for his second round of rabies shots Thursday after a raccoon viciously attacked him outside his home.

Kevin Williams said he stepped outside to smoke a cigarette early Monday morning when a raccoon lunged at him, scratching and biting him in the foot, legs and arms.

Wiliams said kicked, threw and even wrestled the animal to the ground before it stopped.

“It was traumatic. I just can’t believe it, I can’t believe this is happening to me,” he told NBC 6. “I was almost battling for my life.”

Raccoon Freed After Being Trapped in Vending Machine 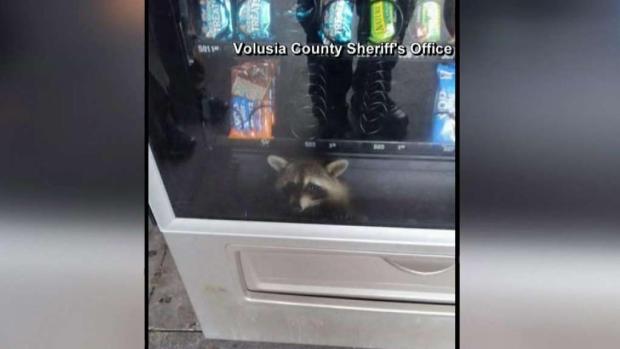 Paramedics rushed the man to Florida Medical Center, where he received more than one dozen stitches to his hands.

“I really was battling for my life cause if I would’ve fell… when I turned around after kicking it in the head, I turned around and he grabbed my heel and put a big gash in that,” Williams said. “Right now I’m just trying to make sense of it and keep some sanity here.”

Crews have been out in the area at least four times since Monday but have not captured anything.

The Florida Fish and Wildlife Conservation Commission is investigating this raccoon attack, which is the third reported attack in the Inverrary Neighborhood in Lauderhill since late August.

Investigators said a raccoon attacked an 85-year-old woman while she and her husband were on a morning walk near their home back on October 4 near Inverrary Boulevard and 4th Street. The raccoon was never found.

The third confirmed raccoon attack happened on Aug. 26 but was not reported to FWC until this past Monday.

“At this time, it is not clear if the same animal is involved in each incident,” FWC officials said in a statement to NBC 6. “Public safety is paramount to the FWC and we are in the process of raising public awareness in this area on how to reduce conflicts with raccoons. The FWC reminds people to keep a safe distance from raccoons and other wildlife.”