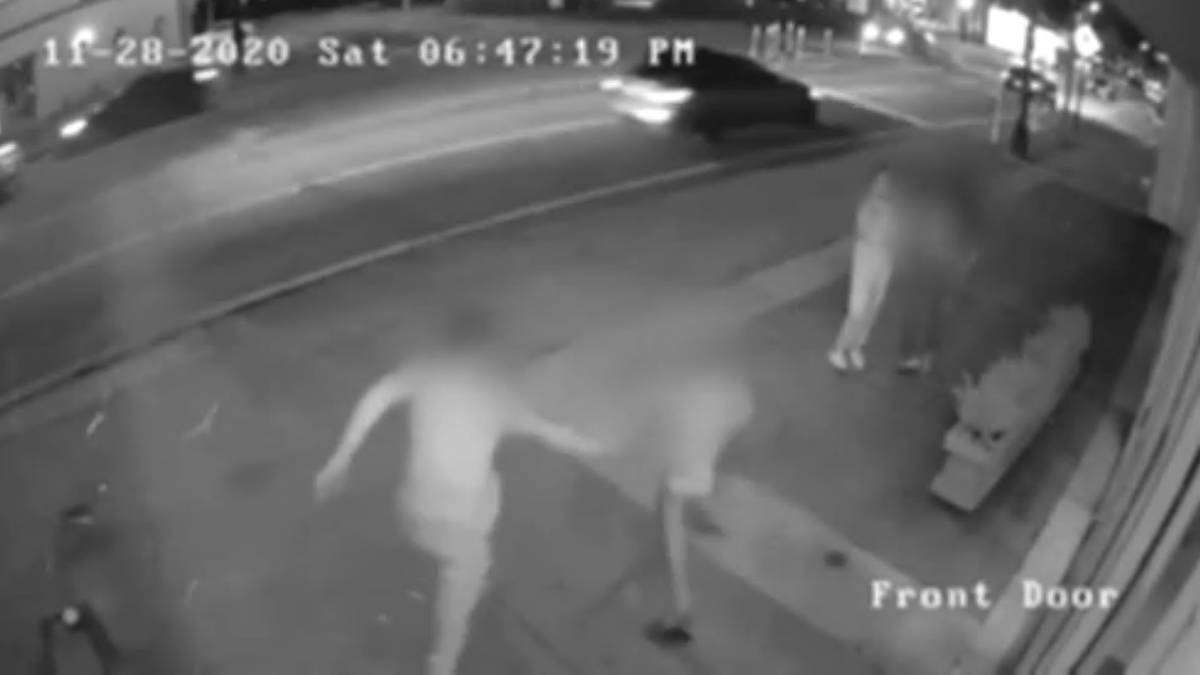 A Miami business says a group of customers caused hundreds of dollars worth of damage after being denied entry for not wearing a mask.

The owner of Ms. Cheezious on Biscayne Boulevard says the incident started at around 6:30 p.m. on Saturday, when four people became upset after not being allowed inside the business for not having masks.

“It’s a Dade County mandate. It’s the law. It clearly says it on the front of the door,” said Brian Mullins, owner of Ms. Cheezious.

Instead of walking away, Mullins says the two young men burst a water line near the entrance of the business. The moment was captured on surveillance video.

“At some point they go under the camera, and you really cant see exactly what happens, but we have a water line out front for a water spicket that they broke and water started shooting out to Biscayne Blvd,” said Mullins.

Minutes after the incident, Mullins posted the surveillance video on the Ms. Cheezious social media account, asking if anyone recognized the group.

Hundreds of people saw the post and commented, ultimately leading to a resolution.

Three members of the group came to Ms. Cheezious on Sunday to apologize and offer to pay all damages.

“They are younger kids, and we are just going to chalk this up to a life lesson,” said Mullins.

The Ms. Cheezious owner says operating a restaurant during the pandemic has been extremely challenging. They cannot afford to be ordered to shutdown over a customer not following the rules.

“We’re barely able to hang on and to get shutdown for a day is a problem, for a week we might not bounce back from it.”