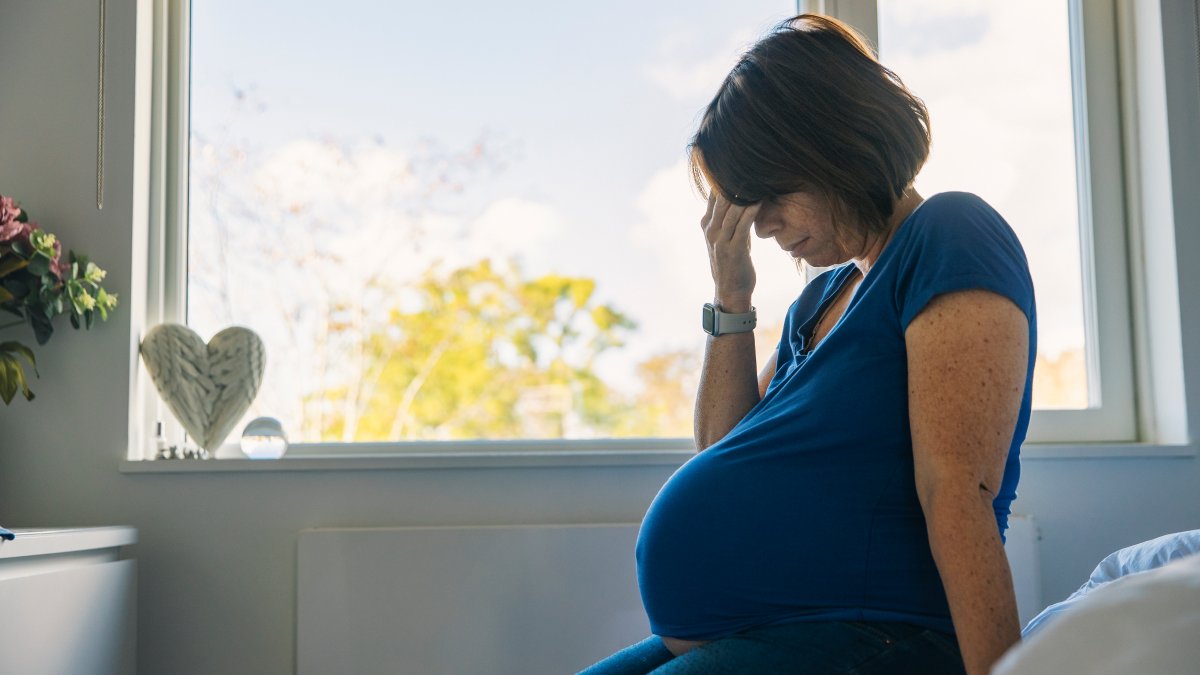 September is preeclampsia awareness month and Memorial Healthcare System is sounding the alarm that they are seeing more than double the national 30-year average of pregnant and postpartum women experiencing high blood pressure in South Florida.

Four months ago, Patricia Hall gave birth to a beautiful baby girl, but a few days after delivery, she noticed something was not right.

“Seventy-two hours after delivering her, I went home and my pressure went through the roof. It was 169 over 102. That, from my experience, was not normal,” said Hall, who experienced postpartum preeclampsia. “I would lay down to take a nap and I felt like the bed was moving, as if I was on a ship.”

Hortense Martin, a nurse manager at Memorial Hospital Miramar Labor and Delivery says preeclampsia is a hypertensive disorder that affects women in pregnancy that can be life-threatening to the mother and baby.

It can lead to severe disabilities or even mortality and maternal morbidity.

Martin says Hall is not alone as they’ve seen a recent rise in preeclampsia patients.

“We’re seeing in South Florida, we have almost double the amount of preeclampsia patients or those patients with hypertensive disorders than in the nation,” Martin said. “Currently in our MHS system we’re seeing 9.4 percent of all of our deliveries are patients with the hypertensive disorder in pregnancy. We do see more incidents in women of color. Our black and brown patients.”

A recent generational study published in JAMA Network Open of 38 million pregnancies in the U.S. found that new-onset hypertensive disorders of pregnancy had more than doubled for those born in the 1990s and 2000s compared with women born in the 1950s.

By working with her cardiologist, Dr. Juan Carlos Brenes, Hall was able to be educated before pregnancy, so she knew what signs to look out for.

“I knew it’s not normal to feel how I was feeling,” Hall said.

Hall was away from her baby for four days until she was finally cleared to go home where she continued to monitor her blood pressure. Martin laid out some of the reasons why they’re seeing preeclampsia numbers tick up.

At Memorial Healthcare System, they give out a teal wrist band for preeclampsia patients to wear so doctors and nurses can identify and treat them right away.

Some signs to watch out for with preeclampsia include: high blood pressure, sudden swelling, headaches that won’t go away, blurred vision and pain in your upper abdomen.

Hall is thankful to be alive as she now enjoys her time with her baby.

“I can’t stress how important it was that I knew ahead of time so I could pay attention to the signs and came back in early enough to be here now to enjoy four beautiful months with my daughter, so that I’m grateful for,” said Hall.