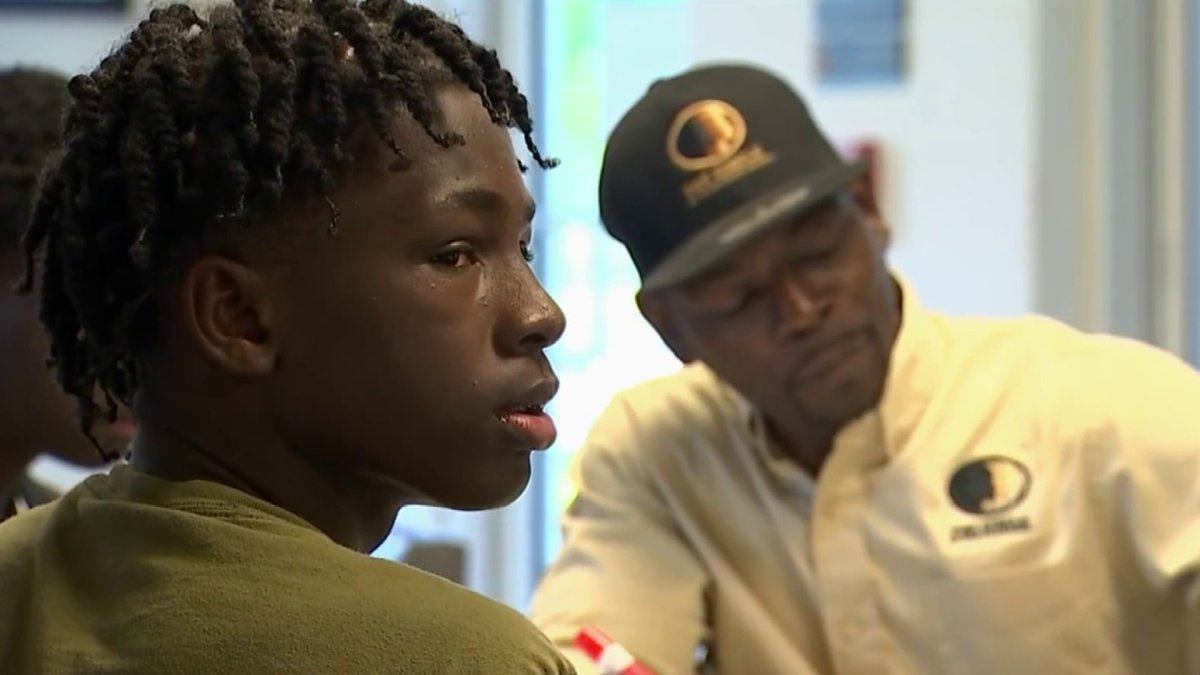 Every Wednesday, young men ages 16 to 24 in Miami’s North Park Community gather to learn about life.

“People skills, talking skills, being respectful, things like that,” said Caleb Washington. “Just carrying myself as a young man.”

Washington is 20 years old and is one of about a dozen young men part of the North Park Suns Male Mentoring Program.

The goal is to help them gain skills to find jobs. It’s a program Washington says helped keep him from going down the wrong path.

The program was created by Urban Strategies, a nonprofit that links families to resources they need.

Benjamin Fortson and Rachel Janvier, both in their 20s, helped come up with the idea after a personal incident with gun violence.

“I don’t want anybody to have to feel this pain or go through what I had to go through,” Janvier said.

“He was just sitting on the porch with his friend,” she said.

Although he survived, Janvier and Fortson say the shooting motivated them to get the program, which started in February, up and running.

“We knew going into it that it was going to be a tough nut to crack, getting to know these kids and seeing everything we wanted to see,” Fortson said.

“We’re trying to save a life every Wednesday,” said Earnest Hardy, who leads the weekly classes.

The sessions cover a wide range of topics, from financial literacy to culinary arts to entrepreneurship.

Hardy says the biggest lesson he teaches is sharing his own life experience.

“I’m paralyzed from my chest down,” he said.

Hardy is now in a wheelchair after being shot five times in 2009.

“Twice in my leg, my elbow got shot, twice in the back of my shoulder,” he said. “Hopefully, it opens their eyes and wakes some of them up because you don’t want to end up like this.”

So far, the classes seem to be working, at least for Washington, who just started a new job doing patient transport at a local hospital.

He says his ultimate dream is to become a firefighter.

“I just love helping people,” he said. “I have a passion for it.”