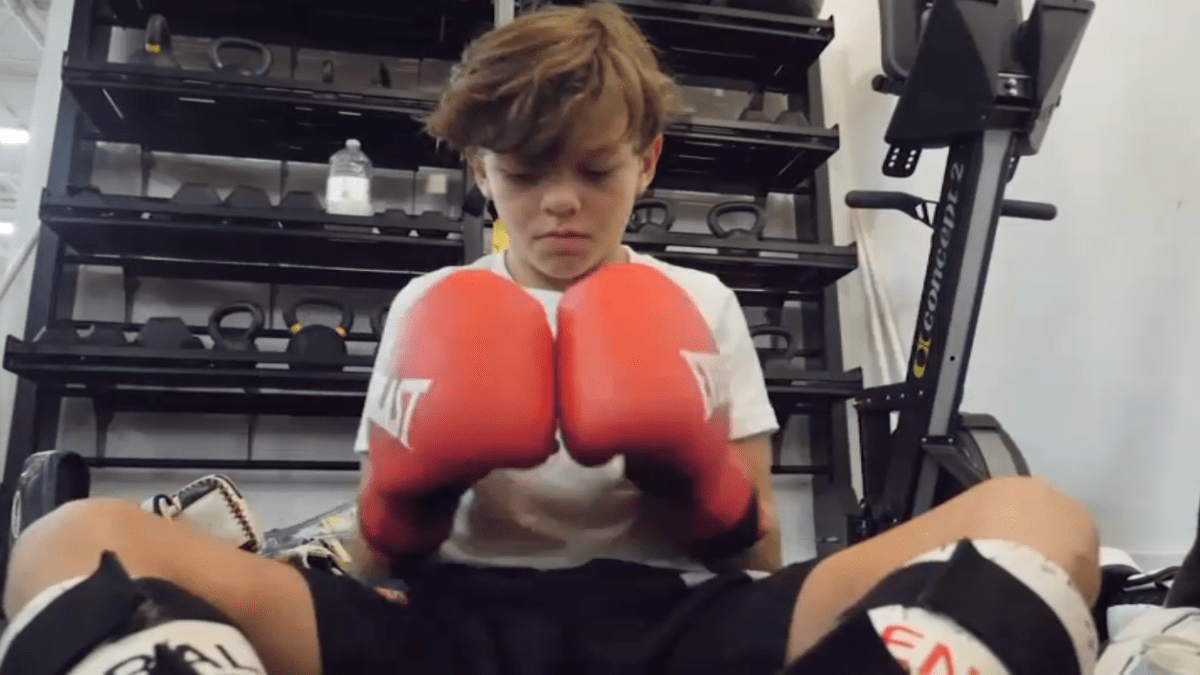 MMA is known as a tough, no-holds-barred, sometimes brutal sport.

Mixed martial arts competitions, made popular by promotion companies like the UFC and Bellator, have become some of the most anticipated television events.

The popularity of this combat sport isn’t just among adults — but children are getting in on the action, too.

Isaiah Triana, 11, is one of the top competitors among youth MMA fighters.

Triana, whose fight name is “The Natural,” has an undefeated record and has won national and world titles in the sport.

“What he brings, it’s exciting, I don’t forget he is my son, but as a fan, a fan of combat, a fan of the sport, it’s exciting to watch him,” said his father, Eduardo Triana.

Eduardo, who is a former boxer, says he steered Isaiah to the sport because he believes it is safer than other combat sports.

“MMA is absolutely hands down safer than boxing,” Eduardo said. “More than 60% to 70% of the time, it’s on the ground and it becomes a submission game, where you can tap to end the fight.”

Youth MMA follows different rules than what you typically see in bouts featured on TV.

In the youth version of the sport, head strikes are not allowed, dangerous submission moves aren’t legal, and there is a point system that includes no wins by knockout or TKO.

This version of the sport is known as pankration, a youth sport that is rising in popularity but remains widely unregulated.

“Right now the only state that recognizes and regulates youth MMA is the state of California,” said Jon Frank, the president of the United States Fight League. The USFL is a regulatory organization that oversees some pankration competitions.

Though the minimum age to compete in MMA in Florida is 18, he says youth tournaments still occur because the youth version of the sport doesn’t technically meet the definition of MMA under Florida law.

“It’s been going on in Florida for a long time,” Frank said.

He says there hasn’t been a big push by participants to regulate the sport statewide.

“Any time someone comes in and says, ‘let me oversee what you are doing,’ obviously you are going to get a lot of pushback,” Frank said.

The USFL tracks reported injuries at the events they regulate in California and other states.

Since 2014, Franks says there have only been 40 reported injuries out of the 1,634 fights overseen by the organization.

“Avoiding head and neck injuries in general is really important, especially in kids, especially when we are talking about some of the combat sports,” said Dr. Maggie Wright, an orthopedic surgeon and sports medicine doctor with Nicklaus Children’s Hospital.

She says it’s important for parents to take precautions like making sure their kids receive proper training and wear headgear, which remains optional in states where the sport is not regulated.

“Practicing it as safely as possible, doing as much prevention as possible is really important, for any of the contact sports, understanding your sport really well, understanding techniques and strategies,” Dr. Wright said.

These are things Isaiah says he has been doing. He trains in Brazilian jiu-jitsu at local gyms to help perfect his submission and ground game for MMA.

“I said that kid has something special, and he does,” said Douglas Silva, one of Isaiah’s trainers. “Learning how to train, not because it is MMA or kickboxing, but it’s a sport we need to learn how to train so the other person feels confident to train with you.”

So far Isaiah says he is yet to be injured competing in MMA.

“All of his injuries and not one was through combat. It was through dirt biking,” Eduardo said, after listing some of his recent injuries.

Isaiah says he hopes to continue competing in the sport for years to come.

“My goal is to get signed to VICE fighting promotion championship, to sell out the Hard Rock, and be in the UFC,” Isaiah said.