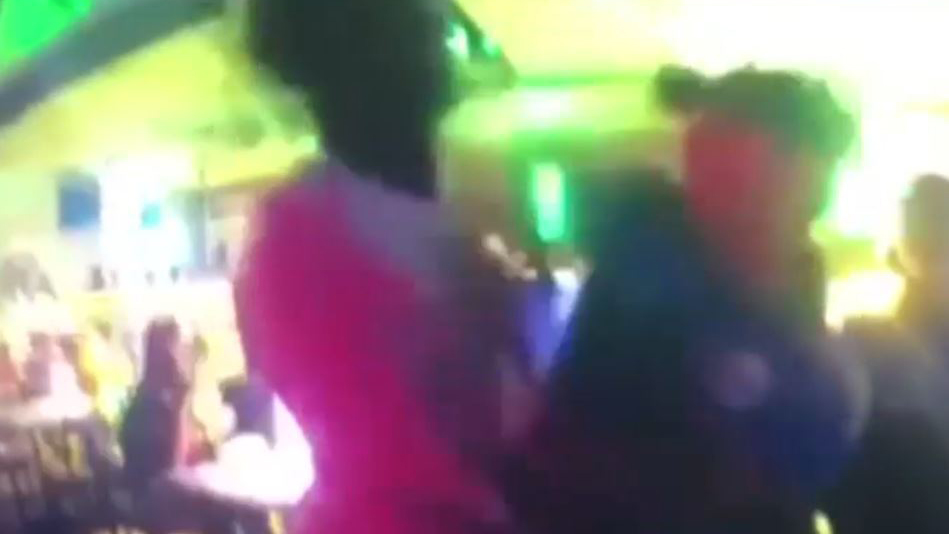 Dominguez was suspended during an internal affairs
investigation for hitting Poitier, but in October 2019, prosecutors cleared
Dominguez of any wrongdoing.

Recently, the officers who leaked the video were
reprimanded instead.

“They did the right thing in order to protect our
community, and gave over this clear and convincing evidence to their
supervisors, and they are reprimanded. So, what kind of message are we
sending,” said Attorney David Kubiliun who represents Lowell Poitier.

The officer, Alfredo Garcia, who recorded his
body cam video on his cell phone, was given a written warning for violating
police policy of releasing unauthorized video.

“God forbid other police officers like Frederick
Dominguez came forward and exposed this and didn’t think what was happening was
correct,” said attorney Michael Pizzi.

Attorney Michael Pizzi represents Officer
Frederick Dominguez who sent a copy of the video to him and sought
whistleblower protection. That officer was hit with a 10-hour suspension.

“Why should Fred Dominguez have to hire lawyers,
appeal suspensions and still be miserable two years later when all he did was
tell the truth and expose what is a national problem,” said attorney Pizzi.

Pizzi says the officer he represents plans to
fight the suspension.

The initial incident happened outside a
restaurant at the Pelican Hotel on Ocean Drive almost 2 years ago.

According to the arrest report, restaurant
managers called police on Poitier for disturbing patrons.

Poitier was initially charged with resisting
arrest without violence and disorderly conduct. Last July, those charges were
dropped by the Miami Dade State Attorney’s Office.

Attorney David Kubiliun, who represents Lowell
Poitier, says they are not done fighting.

We reached out to the Miami Beach Police
Department and the City of Miami Beach and they had the following statement on
this case:

“I am satisfied with the State Attorney’s
findings from 2019 where they deemed that Officer Adriel Dominguez had the
right to protect himself from a perceived threat. I am equally satisfied with
the subsequent outcome of our thorough Internal Affairs investigation. I am a
firm believer in holding officers accountable for inappropriate actions. I also
believe in holding accountable those who come into contact with our officers
and pose a threat to their safety,” said Chief Richard Clements of the Miami
Beach Police Department.