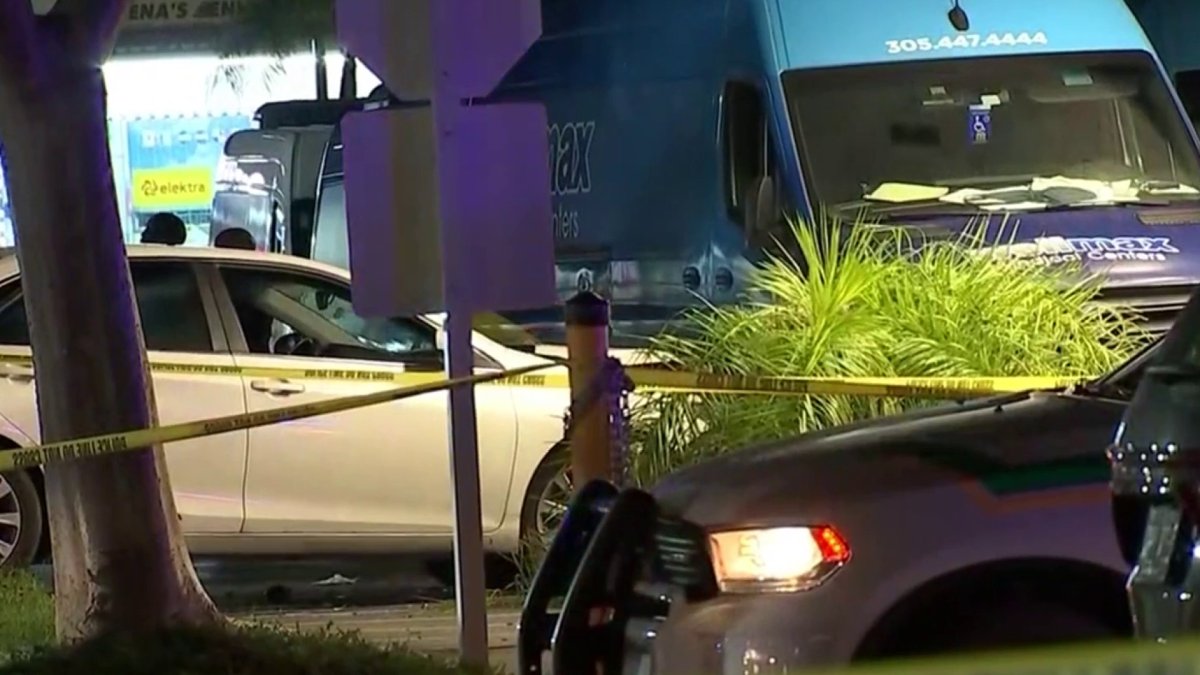 Police shot a man suspected of a home invasion Monday after he tried to hit Miami-Dade officers with his car.

The shooting happened in the area of Quail Roost Drive and SW 115th Avenue.

The suspect — a 37-year-old man — was wanted for a home invasion that happened Monday morning in southwest Miami-Dade, police said. He allegedly broke into the home with a gun and beat a couple who lived there with a rock.

Officers spotted the suspect’s car in the parking lot of a Burger King later Monday evening. When they tried to confront him, the suspect tried to run the officers over with his car. That’s when police opened fire.

The suspect was taken to Jackson Memorial Hospital in critical condition. No officers were injured.

The suspect, who was not identified, was also wanted for violating probation for second-degree murder out of Sarasota. It’s unclear if he has ties to South Florida.

It’s also unclear if he knew the owner of the house in the home invasion or if it was a random break-in.

“Not only did he use aggression to gain entry into the house, but to arm yourself with a rock and physically assault the husband and wife, and then being armed with a firearm … and then when you add the fact that this person is on probation and violates it for second-degree murder, it only goes to show how violent in nature this person can be and he showed it today,” said Miami-Dade Police spokesperson Alvaro Zabaleta.