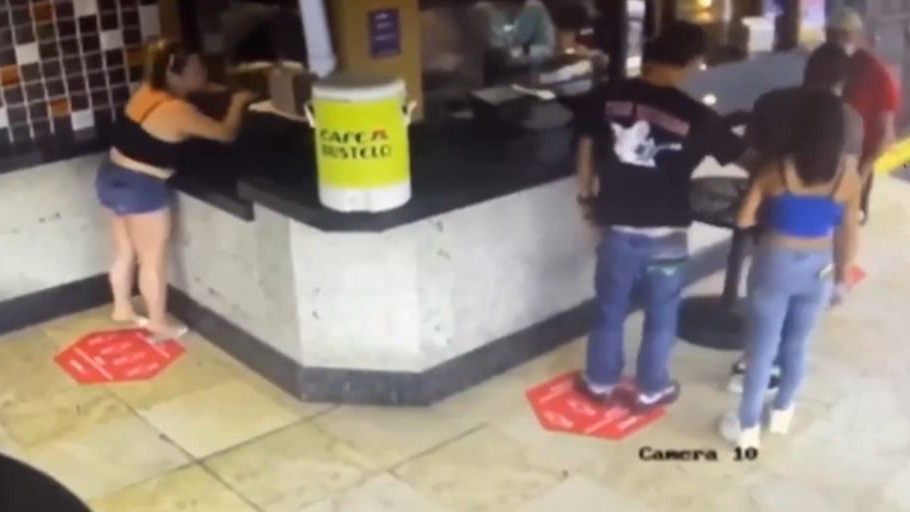 Police are searching for four people they say assaulted a
man after an argument over wearing a mask escalated at a Flagami café Sunday
evening.

According to Miami Police, the incident occurred at around 6
p.m. outside a Latin Café 2000.

The man was purchasing a coffee when police say he and
another customer got into an argument over wearing a mask.

The argument escalated, and “within seconds” the customer,
along with three other people, began attacking the man.

The victim’s girlfriend told police she was in the car
waiting when she noticed her boyfriend was being attacked. Shew was struck
while trying to defend him.

Video surveillance released by police shows two men and two
women standing next to the older man at the counter.

All three men are shouting at one another. One of the
suspects, wearing a gray shirt, is seen not wearing a mask.

The same suspect approaches the victim before things turn violent.

Police say they are searching for the two men and women who were last seen driving a red or blue Hyundia Elantra or Sonata.