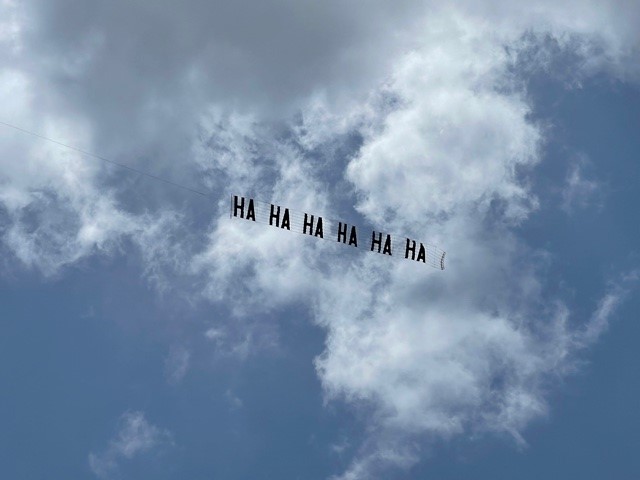 Supporters of the former president were out for a third day on the Southern Boulevard Bridge in Palm Beach.

Thomas Kennedy, a self-professed Trump critic, told NBC 6 he paid for the banner that was spotted near the estate and around South Florida.

Kennedy told NBC 6 that he and a group of friends paid $1,800 to fly the banner for about three hours and he had a message for Trump’s supporters.

“Honestly, go do something better with your time,” Kennedy said.

Supporters of former President Donald Trump gathered near Mar-a-Lago in the wake of the news that the FBI was conducting a search at his Palm Beach estate. NBC 6’s Cristian Benavides reports

Meanwhile, the former president’s supporters who continue to show up day after day say they will keep doing so.

The search of Trump’s residence Monday is part of an investigation into whether Trump took classified records from the White House to his Florida residence, according to people familiar with the matter.

The Justice Department has been investigating the potential mishandling of classified information since the National Archives and Records Administration said it had received from Mar-a-Lago 15 boxes of White House records, including documents containing classified information, earlier this year.