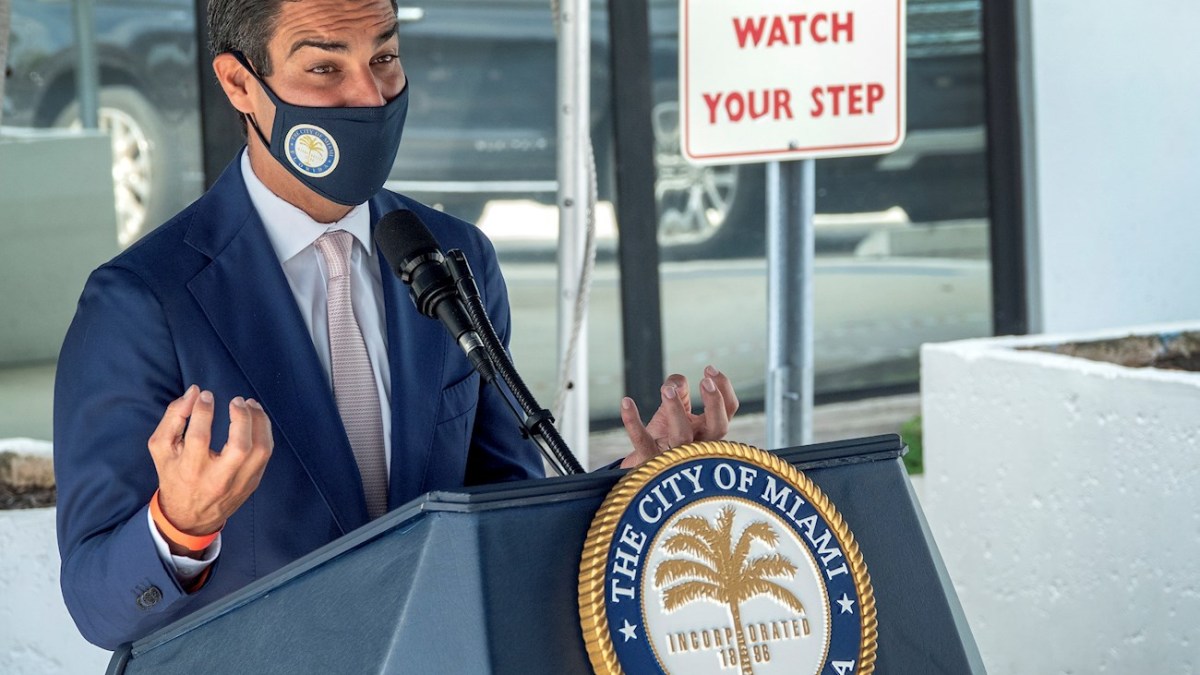 Miami’s mayor wants to reserve doses of the COVID-19 vaccine only for those who live inside the city limits under a policy he’s calling “Miami First.”

Mayor Francis Suarez pitched the idea at a city commission meeting Thursday as plans are being made for people to start receiving vaccinations as early as Wednesday at Marlins Park, the Miami Herald reported.

Federal regulations and guidance from emergency managers agree that there cannot be residency requirements for receiving the vaccine. But Suarez requested that the city manager and attorney “take all legal steps necessary to prevent non-residents of the city of Miami from receiving vaccines prior to the elderly and vulnerable population of our community and the general population of our city.”

On Friday, the state reported 16,875 new coronavirus cases. More than 1.5 million Floridians have contracted the virus since the pandemic began, and around 24,000 have died. As of Friday morning, about 849,000 Floridians had at least one shot of two vaccines approved by the federal government.

Florida’s Emergency Management Director Jared Moskowitz came out firmly against residency requirements during a meeting of the House Pandemic and Public Emergencies Committee in Tallahassee on Thursday.

“You can’t do that,” Moskowitz said. “We got a dozen-plus fiscally constrained counties. People are going to have to cross county lines. We have transient populations here in the state. We can’t do that sort of stuff. It will have major implications down the road.”

At Marlins Park, government agencies are planning to move the current coronavirus testing site to one of the ballpark’s parking garages. Vaccinations will be set up on a parking lot just west of the stadium, the Herald reported.

The state is also administering the vaccine at Hard Rock Stadium, in Miami-Dade County. News outlets reported that county officials have been told the two stadium sites will receive 7,000 doses each of the vaccine next week.

“We shouldn’t allow municipal borders to limit a person’s access to life-saving vaccines based on which side of the street they live on,” she said.

Also on Thursday, Moskowitz announced plans for a statewide appointment system for COVID-19 vaccinations should be ready within weeks.

“We’re working on a registration system that we plan to launch in the coming weeks to help integrate site registration and fix some of the problems that we’ve all read about,” he said.

The design of a statewide online portal is still under discussion and will be made available to counties — who are not required to use the system — to help them coordinate vaccinations.

In Pinellas County, reservations for 10,000 vaccines were filled in about one hour after registration opened on Friday morning.