Miami Police are looking for a third suspect in last month’s shooting of two teenagers in Liberty City following the arrest over the weekend of two other suspects.

On Saturday, police arrested 21-year-old Yaairnes Bryant and 19-year-old Anthony Clinch in connection with the April 8 shooting that killed 17-year-old Kimson Green and 18-year-old Rickey Dixon. Two other teens were also injured in the shooting.

Green was a student at Northwestern Senior High School and was a month away from being nominated into the National Honor Society. Dixon had previously attended the school. 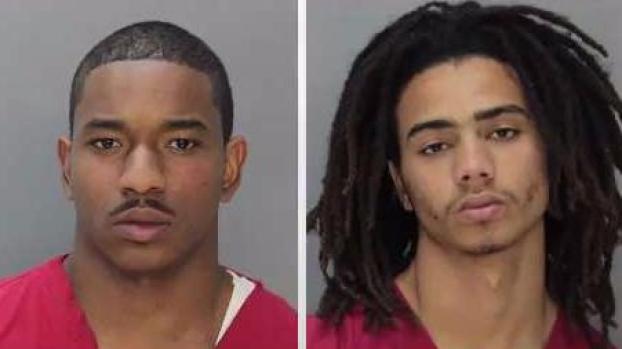 Colina asked for the public’s help in finding McDuffy.

“We would like to take him into custody without incident and be able to bring some closure, some sense of peace to everyone that’s been affected by this tragedy, not just the families but the friends and even the kids at Northwestern who were affected because one of their classmates was murdered in this incident,” Colina said.

Miami Mayor Francis Suarez praised police for arresting Bryant and Clinch for what he called a “tragic and heinous incident.” The shooting led to student walkouts at Northwestern to protest gun violence.

Bryant and Clinch have been charged with two counts of first-degree murder and two counts of attempted murder. Both remain behind bars without bond Monday, and attorney information wasn’t available.