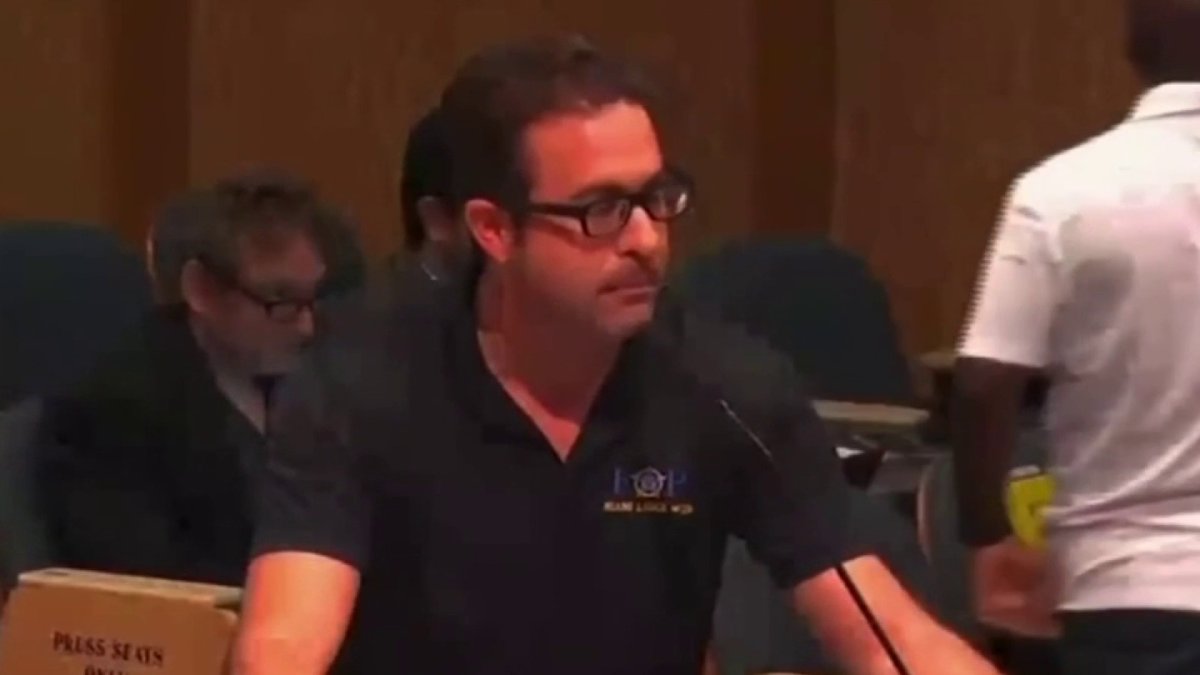 A Miami police captain with a controversial past with the department has been suspended with pay as he faces two lawsuits filed against him.

Captain Javier Ortiz had once faced harsh criticism following statements that he made claiming he was African American. He was suspended shortly after that incident.

One of the lawsuits was filed in federal court by Miami Police Sergeant Edwin Gomez against both the City of Miami and Ortiz. It alleges Ortiz and the city retaliated against Gomez — who has been with the department for more than 20 years — for cooperating in a federal investigation that was looking into alleged racist and discriminatory behavior by Ortiz.

It alleges that because of Gomez’s cooperation, he was retaliated against with punitive transfers, suspensions and harassment.

“It’s alleging that Capt. Ortiz and the City of Miami use their power of the police department to try and crush and retalitate against Sgt. Gomez, because Sgt. Gomez came forward in a federal probe and reported what he believed to be racist bahaviror and racial descrimitation by Capt. Ortiz,” said Michael Pizzi, Gomez’s attorney.

The other lawsuit was filed by a husband and wife, who are suing Ortiz for false arrest and battery, saying he used unnecessary and excessive force during a traffic stop in 2017.

Ortiz also faced accusations of excessive force as a sergeant seven years ago, but he was granted qualified immunity.

Ortiz’s attorney said in a statement to NBC 6 that the captain was suspended with pay pending the outcome of an internal affairs investigation “in accordance with standard operating procedure.”

“Captain Ortiz has not committed any departmental, or for that matter, any other type of violation,” attorney Richard Diaz said.