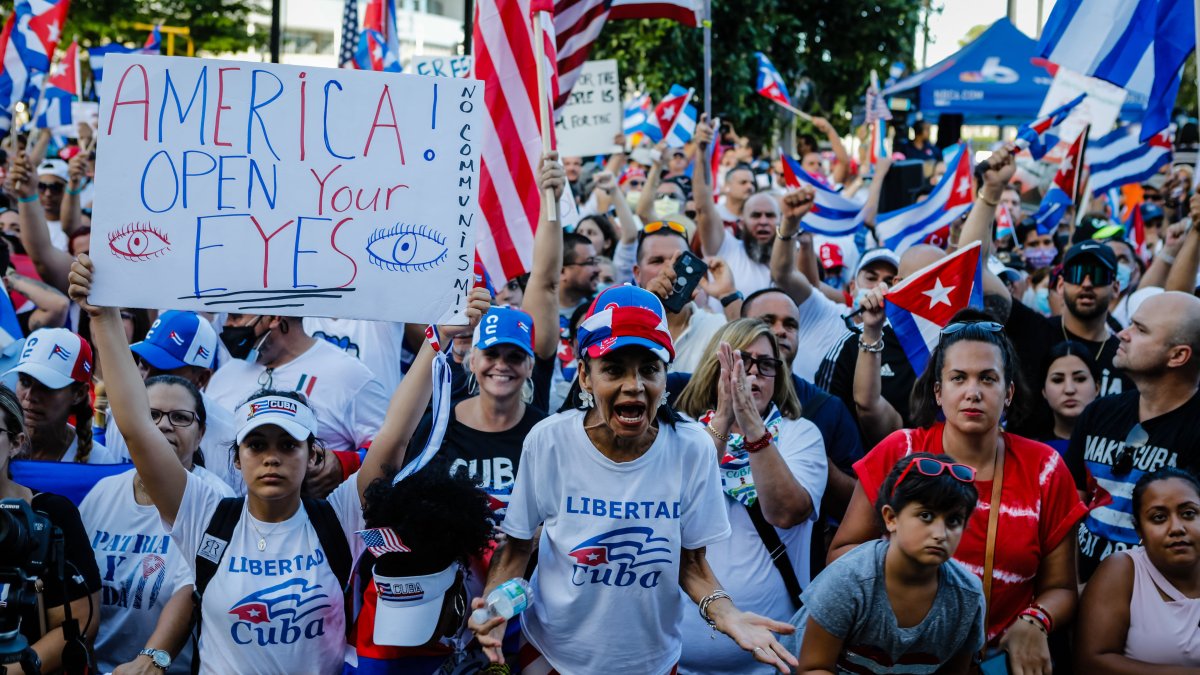 A rally calling for freedom and a change in leadership in three Caribbean and South American nations will take place Saturday in downtown Miami.

The event, scheduled to take place at 5 p.m. inside Bayfront Park, is expected to bring large crowds into the city of Miami and is calling for freedom in Cuba, Venezuela and Nicaragua.

“We had the obligation to take the leadership for this cry of Freedom for Cuba, Venezuela and Nicaragua. Our objective today is to ask and demand that the administration of President Biden and the entire world take forceful and precise actions against the brutal Castro dictatorship which has oppressed the Cuban people for more than 62 years, and for many decades the Venezuelan and Nicaraguan people,” Miami City Commissioner Joe Carollo said in a statement.

NBC 6’s Ryan Nelson is in Bayfront Park where people are calling for action from the U.S. intervention in Cuba, Nicaragua and Venezuela

Thousands of Cuban Americans have been in front of the White House all day long, demanding freedom for Cuba. NBC 6’s Julia Bagg reports from DC