The trial of a former custodian and assistant sports coach at Coral Springs Middle School accused of inappropriately touching teen boys on campus was resuming Thursday.

Robert Grant, 29, was arrested on lewd and lascivious molestation charges in 2017 after a 15-year-old boy claimed Grant sexually assaulted him at the school. More charges were added when a second boy came forward with similar allegations.

Grant’s trial began Wednesday, with one of the teen accusers, who’s now a high school junior, taking the stand to describe for jurors what Grant allegedly did to him. The teen testified that he was fondled nearly a dozen times, and described at least one situation involving oral sex at the school, and another encounter in Grant’s car in a post office parking lot.

“He reaches over with his two hands and reaches inside my pants in the waistband and he’ll touch my testicles for a couple seconds,” the teen testified. 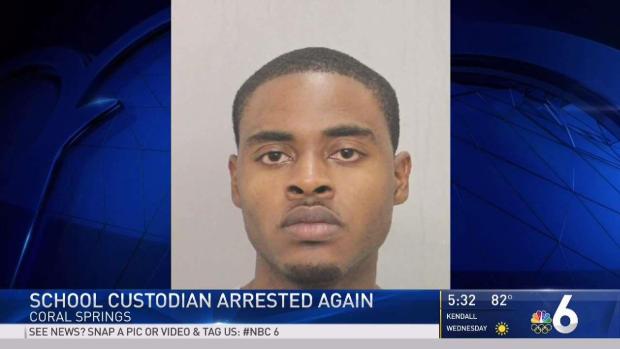 The defense is questioning the victim’s account, and argued that there is no evidence to support the accusations.

Surveillance video is also a key component to the case, with investigators saying footage showed Grant and one of the teens in the school on a night when the campus was closed.