Hurricane Dorian was battering the Bahamas three months ago on this day. The monster storm left misery and destruction in its wake. As soon as it passed, the U.S. government, air groups, and private citizens jumped into action to help.

“Oh my God, it was so encouraging, it was incredible, the amount of support we got from our local and foreign NGO’s, it was incredible,” said Iram Lewis, the Bahamian minister for Disaster Preparedness, Management, and Reconstruction.

The devastation is still widespread in the Abaco Islands and on parts of Grand Bahama Island, as the Bahamian government tries to clean up Dorian’s mess.

“We’ve been stunned, we’ve been knocked down, not knocked out, and we are now getting back up on our feet and we’re moving in the right direction,” Lewis said.

Bunny Left During Dorian Reunited With Owners in South Florida 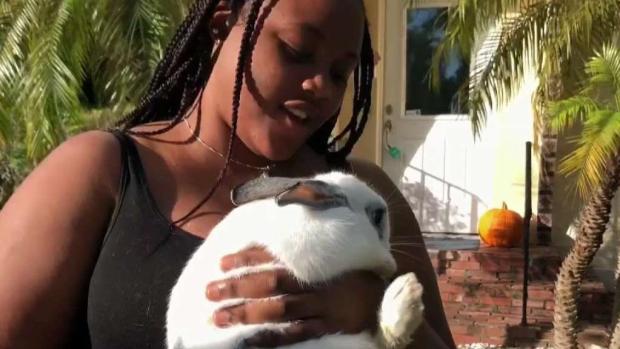 Lewis has a brand-new job title. The government created his ministry in the weeks after the scope of Dorian’s destruction became apparent.

He has a long list of monumental tasks to manage, such as restoring electricity to areas such as the neighborhoods near Freeport, which

“And as a result of that, the electrical outlets were under water and have become contaminated so we had to decommission those homes, so until we can repair those electrical defects, they are offline, and work is being done expeditiously to make sure they come on line as soon as possible,” Lewis said. 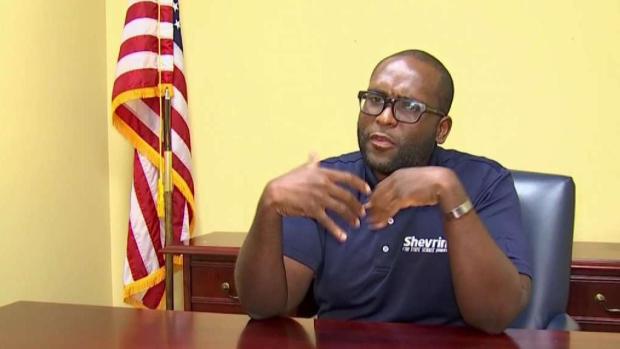 On Grand Bahama, Dorian destroyed about 20 miles of high-tension power lines, which will take a long time to repair, so Lewis says the government will create micro-grids to bring power back to outlying areas. They’re also distributing generators to provide electricity.

Providing drinking water is another vexing problem. In Freeport, it’s running, but the water is not potable because the storm surge contaminated the well fields on Grand Bahama. Lewis says the water company told him it won’t be decontaminated until next summer.

“And that is totally unreasonable,” Lewis said. “We cannot expect our people to be subjected to those conditions, so now we’re exploring alternative methods.”

By that, he means methods such as desalination technology to turn sea water into drinking water.

“Moving forward, right now the greatest need is for construction material, we must start our rebuilding or continue with our repairs,” Lewis explained.

They need plywood, shingles, dry wall, and every other building supply item you can think of. They also need storm refugees to come home.

“The shock is over,” Lewis said. “We need people to come back home and help us rebuild.”