A monkey that was spotted hanging out near a restaurant in Apopka has become the talk of the town.

Witnesses told NBC 6’s affiliate in Orlando, WESH, they saw the animal frolicking near the Max and Me Jamaican Restaurant.

The primate has been seen in the area for several days.

The Florida Fish and Wildlife Conservation Commission has been alerted, but official said there was no active search for the monkey at this time. There have been no reports of injury or damage, officials said.

WESH reports that monkey sightings have not been uncommon in the area over the years.

There are feral groups in the area, and some believe they’re related to the monkeys brought to Silver Springs for film and TV productions.

Gators More Active as Mating Season Gets Underway in Florida 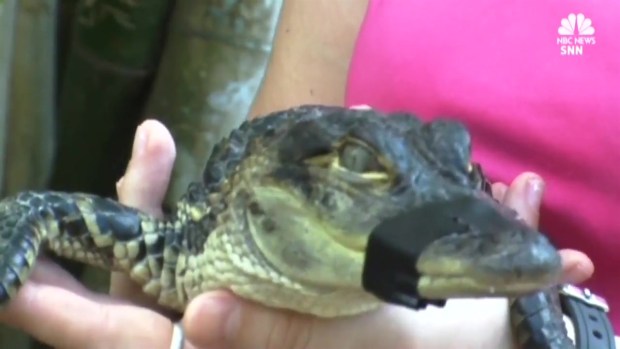