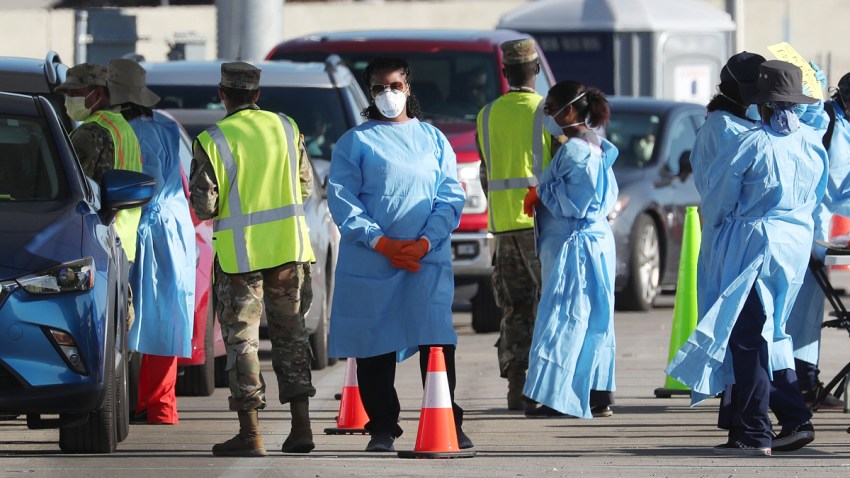 More than 3,000 coronavirus cases have been confirmed between Miami-Dade and Broward, as Florida’s total surpassed 6,300 Tuesday, officials said.

Miami-Dade COVID-19 cases climbed to 1,926, while Broward was at 1,209, according to figures released by the Florida Department of Health. Broward had 12 coronavirus-related deaths while Miami-Dade had 6.

The death toll increased by 6, from 71 to 77. More than 770 people remained hospitalized statewide.

Cases in Palm Beach rose to 514, with 11 deaths, while Monroe had 26 cases and no related deaths.

On Monday, Florida Gov. Ron DeSantis issued an executive order to make a common set of rules for safer at home policies for the four counties in southeast Florida that have been hit hard by coronavirus.

DeSantis said later Monday he misspoke when he said he expects South Florida’s four counties — Miami-Dade, Broward, Palm Beach and Monroe — would be on near-lockdown until mid-May. He said he meant mid-April.

The counties have already ordered the closures of non-essential retail businesses, beaches and parks.

Gimenez was expected to discuss the order at a virtual news conference scheduled for Tuesday afternoon.

DeSantis believes the disease was likely circulating in the area when Miami hosted tens of thousands of guests for the Super Bowl in early February, but any illnesses were thought to be the flu at that point.

Miami Mayor Francis Suarez, who was the second person in Miami-Dade who tested positive for COVID-19, returned to city hall Tuesday after recovering from the virus.

Despite criticism from Democrats and others, DeSantis has refused to issue a statewide lockdown like many other states have imposed, saying it wouldn’t be fair to counties with few or no reported cases. Most of those are small, rural counties along the state’s northern border. Counties in the Tampa Bay area and central Florida have issued their own lockdown orders.