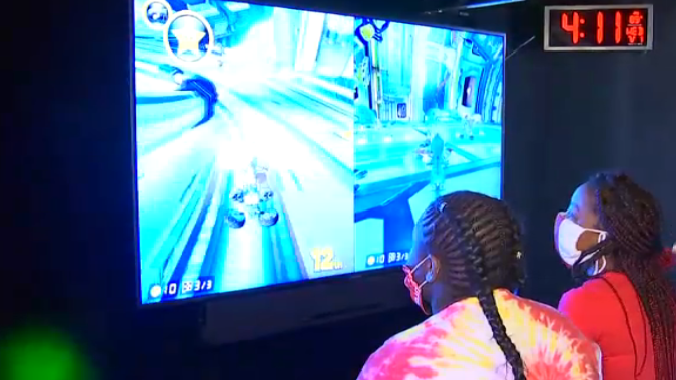 For the past year, business has taken off at 3D’s Mobile Gaming in Miami.

Sisters Dawn Crawford and Dashonya Thompson started the business over a year ago.

“We came back from North Carolina with the trailer on a Friday,” Thompson said. “We had our first party that Sunday and literally, we have not stopped since then other than COVID-19.”

Loaded with game consoles like Xbox, PS4 and Nintendo Switch, the trailer is often booked solid with birthday parties, school and church functions, or tournaments.

The business has still done well, even during the pandemic.

“With all of the activities for kids being shut down, we’re getting a lot of phone calls,” Crawford said.

Now, everyone in the trailer is required to wear a face mask, and they’ve cut how many people can be inside by about half.

“We tried not to have more than 10 inside,” Crawford said. “COVID slowed us down for about a month, month and a half.”

Crawford and Thompson aren’t the only ones cashing in on the multi-billion dollar gaming industry.

Competitive gaming championships often sell out arenas, and tournaments can rake in millions of dollars in prize money.

Starting this fall, Williams will be teaching a new class at FMU called “The History of Arcades, Video Games, and the Emergence of Esports.”

“Clearly when you have that kind of an industry, there are going to be job opportunities created,” Williams said. “I want to prepare our students for jobs in that industry.”

Williams will focus on Esports which is competitive, organized video gaming. He says jobs in gaming often command six-figure salaries.

“You can be a sideline reporter,” Williams said. “You can be behind the desk. You can be in production … marketing, entrepreneurship.”

Williams says, at times, it can be a tough sell for some parents.

“A lot of parents are like ‘I don’t want my child playing video games,’” Williams said. “But what about your child getting a job in the gaming industry? They’ll be making three or four times the amount of money they would make if they were majoring in whatever topic they’re majoring in.”

As for Crawford and Thompson, they say business is going so well, their next step is to expand.