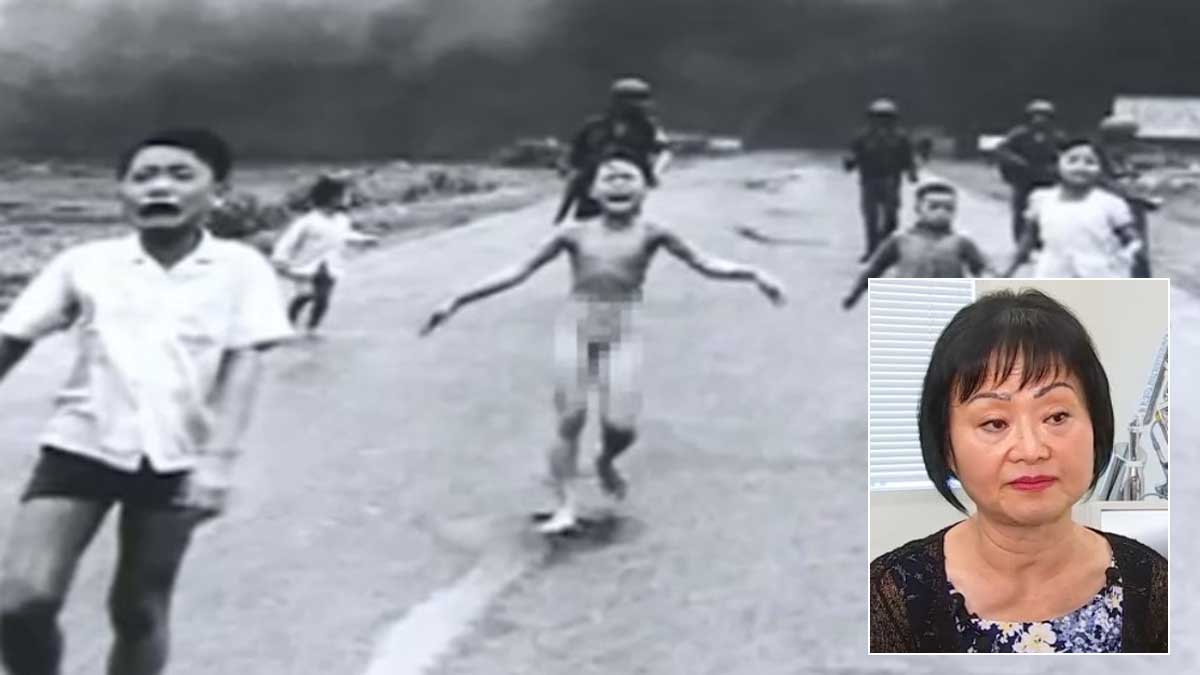 You may remember her as the “Napalm Girl” from an iconic Vietnam War photograph but now 50 years later she’s in South Florida for treatments with a local burn specialist.

Kim Phuc was just 9 years old when she was photographed moments after a napalm bomb struck her village in Vietnam on June 8, 1972.

The moment was immortalized in the Pulitzer Prize-winning photo, which stands as a stunning image of the horrors of war.

“I heard the noise, bup-bup bup-bup, and then suddenly there was fire everywhere around me and I saw the fire all over my arm,” Phuc said Tuesday.

Now 59, Phuc, who suffered burns on 65% of her body, is undergoing her 12th treatment for the pain and scars suffered in the incident at the Miami Dermatology and Laser Institute.

Phuc and the photographer who took the photo, Nick Ut, were reunited in Miami, where they recalled their fateful encounter.

“When she was running, I saw her arm burning, her body burning so badly,” said Ut, who’s credited with saving her life.

“He told me after he took my pic then he saw me burned so severely, he put down his camera and he rushed me to nearest hospital,” Phuc said.

At first, the hospital wouldn’t treat her and told Ut to drive another two hours to a different facility.

“I get upset, I hold my media pass, I say ‘I’m media, if she die my picture’s on the front page of every newspaper tomorrow,’ and they worry about I say that and they took her right away inside,” Ut said.

“It used to be that everyone with an injury like Kim’s would pass away and so we are blessed now that we can keep people alive but we really have to help them thrive and live,” Waibel said.

Phuc, who now lives in Toronto, and Ut, who lives in Los Angeles, now make it their life mission to spread a message of peace.

“I’m really so happy to see her, we’re like family now,” Ut said.

“I wish everyone learning how to live with love, hope and forgiveness and if everyone can learn to live like that we don’t need war at all,” Phuc said.