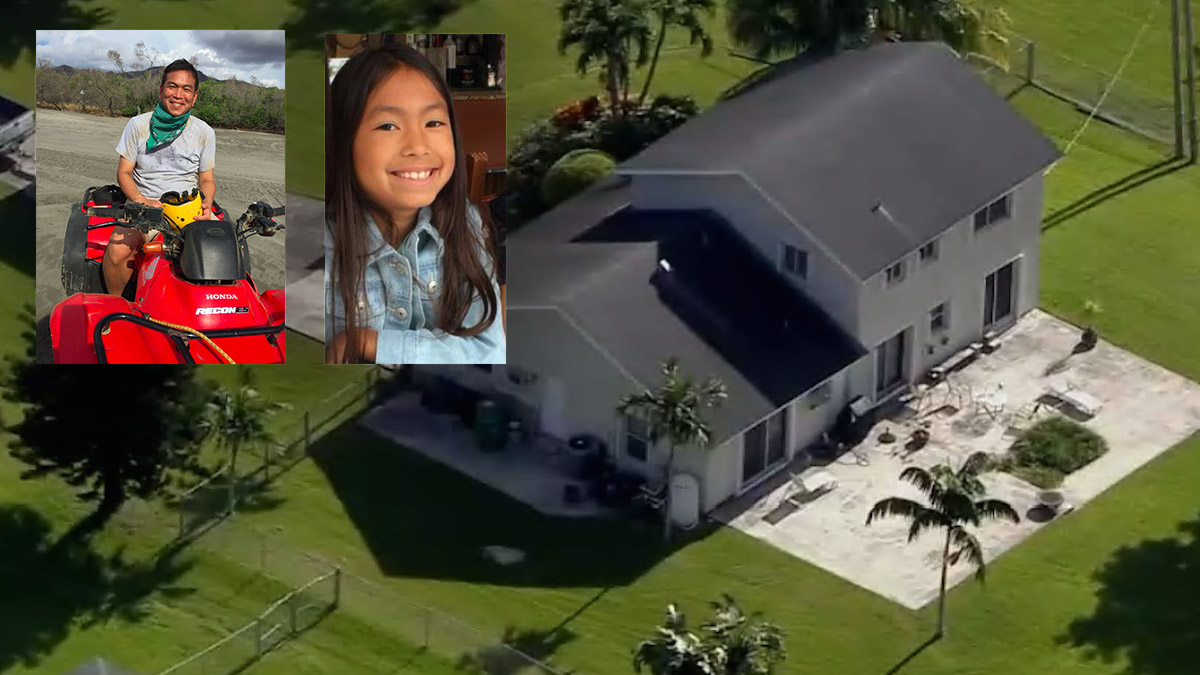 Davie police are continuing their investigation of Monday’s murder-suicide involving a father and his 11-year-old daughter.

The incident took place inside a home located at the 14600 block of Southwest 18th Court just before 9 a.m.

According to police, a father shot his 11-year-old daughter to death before turning the gun on himself. The father later died at the hospital.

Investigators have not released the identity of either victim, but neighbors have identified the father as Kenbian Angel Ng, and his daughter as Angela Ng.

Authorities said they were told by the Angela’s mother that she had a terminal illness that may have been a possible motive.

“While we were speaking to the mother we were told that the child has a debilitating terminal illness which is a possibility why this tragic incident occurred,” Davie Police Lt. Mark Leone said.

Dr. Kenneth J. Doka, a senior Consultant for the Hospice Foundation of America, suspects the father “may have wanted to take both of them out of their misery.”

Doka has worked in the palliative care field for nearly 50 years and said he’s never seen a case like this.

“I
certainly want to wonder if there were any prior mental health issues because
it is so unusual. Most parents of children, even children with a life
threatening illness, really make every effort to hold on to their child,” said
Doka.

Robin
Ahlgren, a licensed clinical social worker, has also worked in hospice. She
believes the pandemic has caused many people to feel isolated.

“I
don’t know how much he was lacking support because of everything going on with
COVID. He may not have had counseling available to him that he may have had in
the past. He might not have had access to things like church support and those
kind of things,” said Ahlgren.